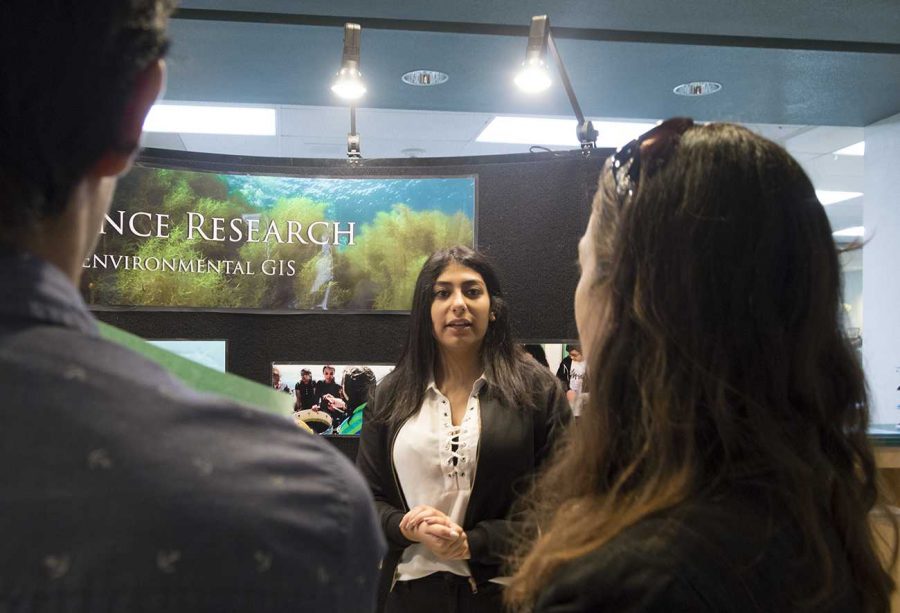 On Saturday morning, Jan. 21, many current Clark students came to school to set up for the annual Clark Expo. Members of the ASB class volunteered to guide incoming freshmen and their parents around the school, and various club members set up booths to represent their clubs and provide informations for curious incoming students and visiting parents.

Once Assistant Principal Brian Landisi announced that the Expo had officially begun, parents and the soon-to-be ninth graders swarmed out of the auditeria to explore the classrooms. Eighth grader Nattalie Yousefian roamed the halls with her mother for support, as she was a bit nervous about entering high school. “I am a bit nervous,” Yousefian said, “but this whole experience has helped me get to know the school a bit better.”

Eighth grader Leon Kaprielian was accompanied by his friends as they observed their possible future school. “It’s a pretty small school,” he said, “but there are a lot of great opportunities here.”

Parents had many questions to ask about their child’s experience at Clark. To help answer their questions junior Marilyn Martinez volunteered to take on the role of being a guide. “I’m having a lot of fun directing people around and helping the incoming freshmen,” Martinez said.

Parents bombarded club booths and teachers with questions regarding their children and what classes would be best for them. One curious mother, Tina Fabre, said she found the whole ordeal “very technical and impressive,” as she observed the engineering lab. Throughout the lab, the robotics students demonstrated the machines and their functions. They also proudly showed off the projects they had made, convincing many students to join once they start their term at Clark.

The robots that were built for their FIRST robotics competition were placed in different locations throughout the school. Each one was controlled by two students putting passersby in awe.

Club booths, such as those run by the Neuro Society, Relay for Life, Philanthropy, Mock Trial, Model U.N., showcased the potential of what they offer students. Club members approached parents and students, ready to inform them of the school’s incredible opportunities. Junior Gianna Demirchyan helped out at the Philanthropy Club booth along with her clubmates. Demirchyan has a lot of pride for what their club stands for, and was happy to share it on this annual event. “I love the idea of raising money for good causes, and it would be great to have new members next year,” Demirchyan said.

The Spanish teachers also had a separate booth which was decorated with a Hispanic theme. Together they talked about the classes curriculum and the importance of being bilingual. They also had various types of food spread out, which people were free to try.