Seahawks take the win at the Intramural Superbowl 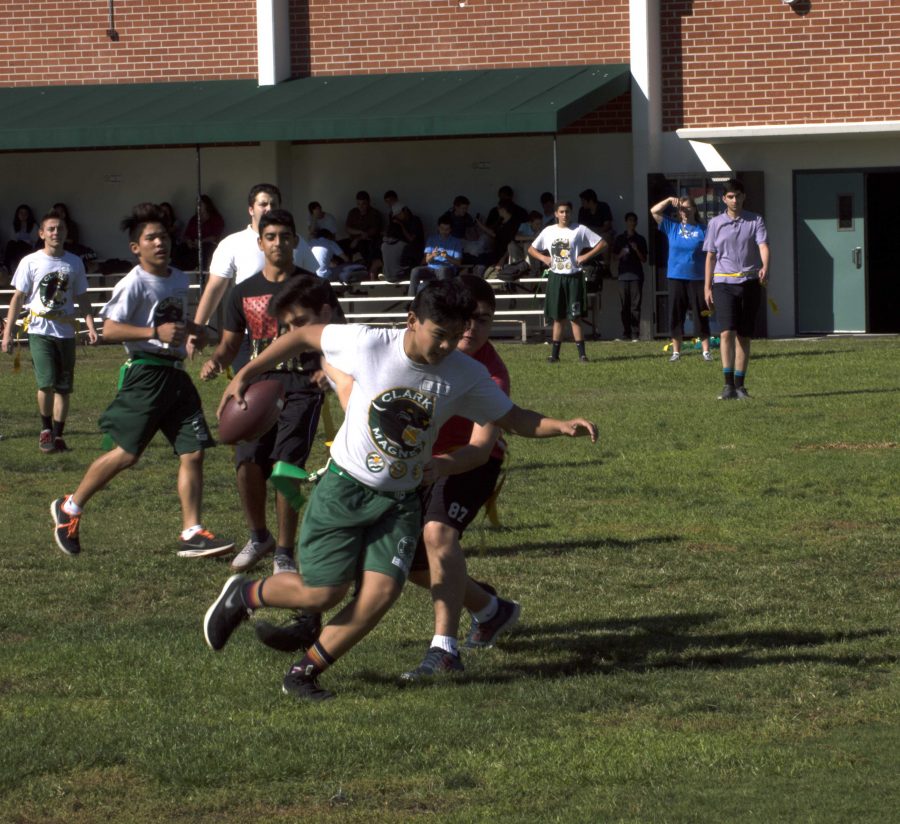 After almost two months of flag football, the first of Clark’s Intramural sports has come to a close. The winners of Superbowl XV were the Seahawks, a team of sophomores, who defeated the Saints, a team of juniors, two out of three times to win the championship game last week. The members of the winning team — Ben Satzman, Ivan Mariano, NJ Nathan, John Lising, Eddie Habalrih, Nick Aro, and Courage Kim — each received their own trophy to commend their efforts.

“I was pretty happy because last year we got second place as freshmen. It was also nice to beat the juniors, I have to say,” said Ben Satzman, Seahawks quarterback and occasional wide receiver or defensive back. “It felt good. I wasn’t really tired as much as I was relieved because we had to win three games in a row to secure our championship. But we won on a tie so it wasn’t exciting. We scored first in the [final] game so that was the tie breaker.”

From late September to early November, five teams with seven students per team faced off to ultimately win this year’s Intramural Superbowl. These 35 players all had one goal in mind: to come out on top.

“Initially, they challenged each other to games, and then they were put in a double elimination bracket tournament,” said Intramurals coordinator and PE teacher Judith Thomsen. “This is where you can only lose once. Then on your next loss, your team is eliminated.”

“It felt great to win because we’d lost to this team previously and it was a challenging game,” said Nick Aro, defensive back

“Winning the championship had me feeling totally exuberant; I knew my team and I worked hard and in the end we came out on top,” said wide receiver and safety/defensive back Ivan Mariano.

Running back John Lising summed the win up by saying, “It was a crazy experience, especially with my boys. I didn’t think we were going to win, but it’s great we did.”

The next Intramural sport will be the most popular, or 3-on-3 Basketball, dubbed Clark Madness, beginning mid-January.