Parents and students are now questioning just how safe their schools are. 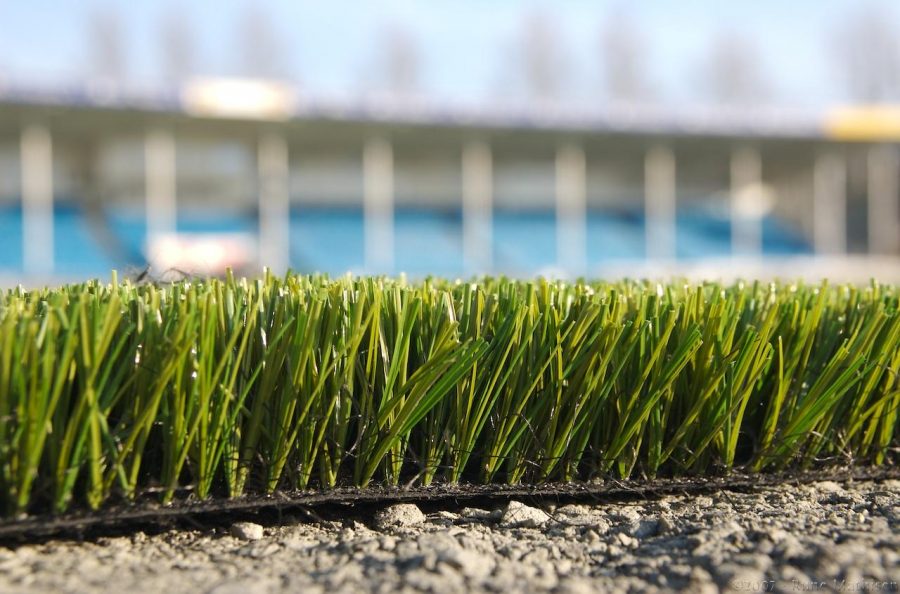 Artificial turf is most commonly made from car and truck tire pellets.

After a recent news report by NBC, the GUSD has taken note of the potential hazards that artificial turf may present.

According to NBC, University of Washington soccer coach Amy Griffin has gathered a list of about 40 soccer players who have been diagnosed with cancer. Although there is no scientific proof of the disease being directly linked with the artificial turf, the facts are too specific to be a coincidence, according to the NBC report.

One form of artificial turf is made from pellets of shredded car and truck tire. As reported by NBC, crumb rubber turf is used in most of the 11,000 synthetic turf sports fields in the U.S. The Synthetic Turf Council, the group that represents artificial crumb rubber manufacturers, says that the evidence gathered thus far by scientist concludes that the rubber fields are in fact safe and that no cancerous substances contaminate it.

Following this recent news report, parents of GUSD students spoke to the school board on Oct. 21, expressing their concerns of the materials that make up the synthetic turf. Some parents are now warning their children to not lay down on the turf and to stay clear from it as much as possible. In an e-mail interview, GUSD Board of education vice president Christine Walters said, “The news report seemed to focus specifically on the use of crumb rubber as a filler, so we are looking to see if there are alternative fillers available.”

GUSD Board of Education clerk Armina Gharpetian mentioned that she too was concerned upon hearing the news of the potential risks of artificial turf because her daughters have been playing soccer on the turf for years. “As a parent, it is very difficult to not overreact when it comes to the safety of our children” Gharpetian wrote in an e-mail interview.

According to the Glendale News-Press, seven Glendale schools have artificial turf fields and all have been granted approval from state officials.

Artificial turf was first installed at Crescenta Valley and Glendale High Schools in 2006. Roosevelt Middle School got its field in 2012 and Hoover High in 2013. R.D. White and Mark Keppel Elementary have installed the turf this year. Crescenta Valley is scheduled to receive new artificial field this summer.

As reported by the Glendale News-Press, school officials initially decided to use the false turf for three main reasons: the soft consistency of the shredded tires provided safety, the turf does not require water (saving the school district thousands of dollars a year), and it lasts longer than regular fields which require constant care and money.

JV Soccer player Diana Jamal said that artificial turf is better to play on than a regular grass field. “The bumpy grass makes it harder to control the ball and I got more injuries because of it,” Jamal said. As for the possible connection to cancer, Jamal seems to show no concern, dubbing it as an unfortunate coincidence.

Artificial turf at the Glendale Sports Complex has suffered damage since it was first installed about a decade ago. Following consent by the Glendale City Council on Oct. 28, the turf should be replaced in January, according to the Glendale News-Press.

Council members are not only concerned because of the possible link to cancer but also because of the damage it may cause in storm drains. Pieces of the crumb rubber break off, forming pellets that get stuck to shoes and clothes.

According to the Glendale News-Press, in 2011, environmental testing found that the amount of lead in the turf was far below federal and state limitations. Walters stated that the GUSD has seen research that says that these fields are safe.

As of today, as said by NBC, the U.S. Environmental Protection Agency and the Consumer Product Safety Commission have conducted a minimal amount of studies that found no health risks. However, many people believe that more studies must be conducted in order to receive a final result.