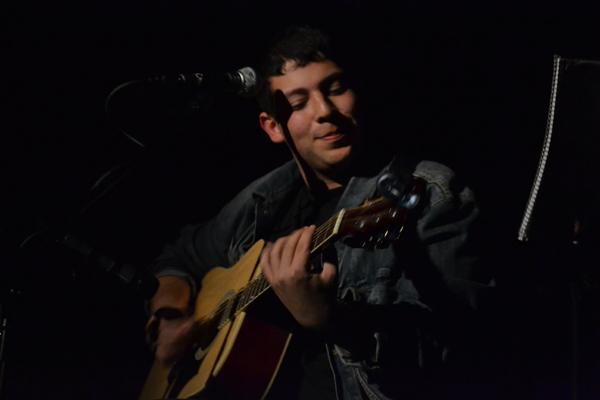 Excitement and anxiousness are the two main feelings running through almost every senior’s mind with the start of the new school year. Mixed feelings about the senior project have officially kicked in along with the decisions to be made this early on.

Clark’s staff has formed a committee that will read through every senior’s project proposal and will either approve, decline or ask for clarification for each component of the project. Due to this, students have been asked to fill out an approval form to be submitted by the end of this week. Essentially, the forms asks for the exact thesis for the research paper, information about the mentor and the final product.

The idea of the senior project has begun to worry some seniors, while others feel more confident and know which path they are headed in. Senior Daniela Almeida has an idea of what to write her research paper about and knows what she will be doing for her fieldwork but is still contemplating what her final product should be.

So far, in her English class, she and her classmates purchased their portfolios and were given a list of deadlines. “I’m just nervous to start but still excited to learn,” Almeida said.

Others like Guianina Lim and Pierre Simonian are still pondering their decisions and are torn between two topics. “I was either thinking of doing something with dance or with fashion,” Lim said. For her fieldwork, Lim would take classes for whichever project she decides.

Simonian wants his project to be about astronomy but has another idea as well. “I want to answer questions like ‘Are we alone in the universe?’ and ‘Is there extraterrestrial life outside of Earth?’” Simonian said. If the astronomy topic does not work out, Simonian is going to consider making a mobile application. “I’d probably make a game or an app for the school,” Simonian said.

To ease the feeling of nervousness, senior English teachers have already started advising students. “Mr. Pruitt told us that we should choose something we’re actually passionate about because we’re going to be working on it the whole year and don’t want to be stuck doing something we absolutely hate,” Lim said.

English teacher Stephanie Sajjadieh has a similar view. “I think that if a person chooses a topic or a general area that they’re passionately interested in, that it’s probably the most meaningful and relevant assignment that they’ll do in high school,” Sajjadieh said. “If somebody looks at it like a burden or they choose a topic that they’re not excited about, I think it’s going to be a long year.”

English teacher Mary Mardirosian meets with her students individually during class to talk about plans for the senior project. Towards the end of class, Mardirosian asks how many of the students she’s met with feel more calm and confident than they did before. The group raises their hands and Mardirosian tells the others that they, too, will feel the same way once they have met and discussed the project.

To prepare, some classes have visited the cybrary to receive more insight. “Ms. Sajjadieh’s class went to the cybrary and Ms. Newcomer talked to us and gave us examples of good and bad projects,” Simonian said. “It helped to give us an idea of which paths to choose.”

Students are seeking guidance and talking to their teachers about components of their projects they are concerned about. “I’ve had a lot of people streaming in in the last week because this is the first time that students are accountable to a committee for the choices they make. There is a lot of anxiety, which I think is understandable,” Sajjadieh said. Even though the advisory board was created last year, getting approval from the committee is a new part of the senior project.

Mardirosian said she sets aside time in the beginning of class to answer quick questions about the project and later continues meeting individually with the students. Mardirosian feels it is necessary to meet continuously so that her students feel confident about what they are pursuing. Although most seniors are concerned with deciding their projects, they are surrounded by plenty of people who are willing to help and guide them; the first of many steps have already been taken.