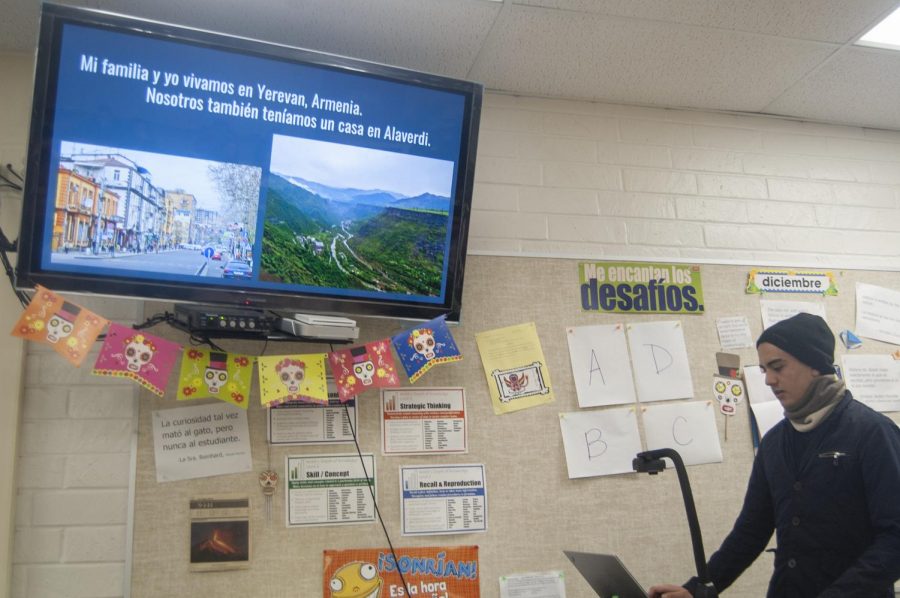 "Students at Clark learn Spanish for at least 2 years. Spanish is one of the most closely related language to Italian."

Mario Puzo’s The Godfather, of all things, stirred my interest in Italian. How a beautiful, rhythmic and flowing language can fit so well in a book about murder, organized crime and human suffering was interesting, to say the least. It wasn’t just the Godfather. Italian music and the fact that 66 million people speak Italian (800,000 of whom are in the United States) also helped in motivation.

Italian is also very similar to Spanish, a language I already speak. Italian and Spanish share 82 percent lexical similarity, meaning that 82 percent of Italian words have a similarly sounding word in Spanish. For example: correre (to run) in Italian and correr in Spanish; pensare (to think) in Italian and pensar in Spanish. Though Spanish isn’t the language that’s the closest to Italian (French holds that title, with 89 percent lexical similarity), it is similar enough to Spanish that I could get a head start.

Italian is, in my opinion, one of the easiest languages to study for English speakers. However, it is still a foreign language, with its own rules and vocabulary. I started learning Italian with a phrasebook I checked out from the public library. I also used Duolingo, a free language learning app. Duolingo doesn’t teach the basics first, so I didn’t rely too heavily on it. Most of my practice came from speaking practice and also writing my thoughts in Italian and looking up words I don’t know, which helps with day-to-day vocabulary. I also watched Italian television, or English television with Italian subtitles.

Interestingly, two thirds of the vocabulary I’ve learned was through reading a word I did not know, but I could figure out because of its Spanish equivalent.

The infamous phonology of Italian was also a big reason. Many musicians and singers have taken advantage of its phonology to create operas. “Italian is one of those languages that works well with song because of its phonology, and everything is said as it is spelled,” said junior Khalia Krusee-Leaver, an Italian speaker. The main reason is that almost every Italian word ends in a vowel, either a, o, i, or e, depending on gender and number.
Italian and Spanish share 82 percent lexical similarity, meaning that 82 percent of Italian words have a similarly sounding word in Spanish. For example: correre (to run) in Italian and correr in Spanish; pensare (to think) in Italian and pensar in Spanish. Though Spanish isn’t the language that’s the closest to Italian (French holds that title, with 89 percent lexical similarity), it is similar enough to Spanish that I could get a head start.
Italian also has many dialects and accents, some of which are considered by some as separate languages. For example, someone in the Tuscany region in Italy, where they speak the standard Italian taught in Italy, may have a hard time understanding someone in the south, such as Sicily. Northern Italians tend to use more of the standard language, while southerners rely on their regional dialects, though the use of regional dialects are fading due to young people speaking standard Italian more and more.

The only other country where Italian is an official language (not counting micronations like San Marino, Vatican City, and parts of Croatia and Slovenia) is Switzerland, where they speak Swiss Italian (L’italiano svizzero). Swiss Italian is generally the same language as normal Italian, with some words borrowed from Switzerland’s other official languages, German and French, but mostly from French. The reason behind of all these different dialects of Italian is because there was no single Italian state until 1850. There were just multiple kingdoms in modern-day Italy with their own languages that were under the umbrella term of “Italian.” When Italy became a single state, the Tuscany dialect became the standard language they used. The different variations of Italian made me appreciate the mystery and history of the language even more.

Our school district, Glendale Unified, has a program to help students learn languages like Italian. The GUSD Foreign Language Academics of Glendale (FLAG) program is a program in 17 schools in GUSD and was started in 2003, helping kids gain proficiency in English and a target language. As of 2018, the school district offers Armenian, French, Spanish, Japanese, Korean, German and Italian. According to the FLAG Program’s website, the program’s goal is to get students to a high proficiency level in English and the target language and to demonstrate high levels of academic achievement.

Beginning in Kindergarten, the target language is not taught through a separate course of study, but through content. The program is “taught by fully credentialed bilingual teachers who have additional preparation and expertise teaching in both English and their target language,” according to the FLAG program website.

During elementary school, students are given either a 50/50 or a 90/10 immersion rate with the target language and English. In middle school, some language courses teach second core courses in the target language. In high school, the classes by language vary, but the schools all have some type of class available to take for the target language. Italian, for example, is only available in Hoover High School as a 5-6 class, but Italian 7-8, which is the Advanced Placement class  and the AP exam will be implemented in the future.

The students who participate in the FLAG program have the opportunity to be bilingual in English and another language (Spanish, French, Italian, etc.). They are also placed in an academically rich setting where content standards are taught through both languages of study. Students have the chance to learn about the culture where their target language is spoken, understand diverse perspectives, and build an appreciation for people from different cultural backgrounds or learn about their own heritage if that is something in common, according to Dr. Nancy Hong, director of the GUSD FLAG Program.

“The dual language immersion program, or FLAG, as the school district calls it, provides students with the skills of communicating in another language, but also by learning a second language, it informs their understanding of their primary language. Students in dual immersion programs have many cognitive benefits such as increased attention to tasks, critical thinking, problem solving, and creativity,” Hong said in an email interview. “The challenges we experience, however, are in finding standards-aligned curriculum that is presented in authentic Italian and finding teachers (when there are openings) who are qualified and credentialed to teach in this specialized program.”

Even though I didn’t experience the FLAG program myself, I can still get an experience in Italian. Because I don’t know Italian as well as I know other languages, I cannot use it as much as I would like. I can talk, to an extent, to my Italian-speaking friends, but not enough to carry a conversation for several minutes.

Language learning takes time, dedication, and constant practice if you aim to become proficient. Julie Ann Melville, a language teacher at Clark, said that learning a language requires dedication. “You have to practice a lot and often to get the vocabulary stuck in your head,” she said.