The art behind yoga 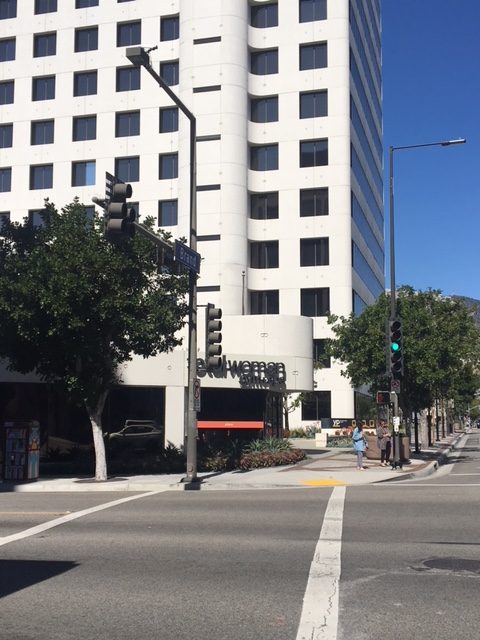 Total Women Gym and Spa provides a variety of classes.

“Breathe in, let your body feel free, and breathe out,” said Amaris, a yoga teacher at the Total Woman Gym and Spa in Glendale as I took my first yoga class on March 10.  One word to describe this yoga environment is tranquil, as the room had a cool summer breeze with the air condition on and calming music, pleasing to the ear.

To many people, yoga is an everyday essential, especially people with busy days. Rachel Gonzalez, a yoga instructor in La Crescenta, said via email that yoga is an individual practice. “It creates a space for the individual to connect to their body,” Gonzalez said. “The effects of yoga within the body/mind, whether it be flexibility, calmness or less stress, is that it is a good way to take care of yourself.”

Gonzalez has been teaching yoga for over 10 years. “Yoga, for me, makes me connect to my body that not many exercises can do,” she said. ”My number one tip in people who are considering taking yoga classes is to don’t feel like you are in competition with anyone. You are there to have an open mind, and to respect your body.”

Yoga was created by the Indus-Sarasvati civilization in Northern India 10,000 years ago. The word yoga is known to be a Hindu term that refers to calming the mind and helping reduce stress. According to Medical Daily, the word yoga was used in many Hindu or Buddhist writings to describe eight steps of meditation.

The practice of yoga is beneficial for mental and physical health, according to The Yoga Journal. It improves flexibility, increases blood flow, decreases stress in the mind, and lets you focus on the calm and stress-free part of your day. Many people practice yoga to let them get away from the chaos of their day and to have a moment to focus and calm their bodies. According to the Yoga Journal, 20.4 million people in the United States today practice yoga.

I attended a power yoga class at the Total Woman Gym and Spa. Throughout the class, Amaris, the yoga instructor, kept saying the term Downward Dog. I was confused at first when I heard this term, but I quickly learned that Downward Dog is a standing pose where you bend your hands on the ground. It bends your back and shoulders, which is great if you have back problems.

The yoga instructor kept building the class’s confidence, telling us to  let our mind and body feel free. The instructor kept indicating during the class that it was all right if we were not able to do the pose. As a first time yogi, you want to hear that it is all right to fail. Throughout the class, I kept doing multiple poses incorrectly, and that’s okay because it was first time doing yoga poses.

Toward the beginning of the class, I definitely felt awkward doing some poses, especially this one pose called the Corpse. Yes, the image you are placing in your head is exactly what it is. The Corpse pose is where you just lay on the ground. At the moment when doing the pose, it was funny to just see a room full of people laying on the ground. But after the pose, it had to be the most relaxing thing I’ve ever done.

Over 8.7 percent of adults in the U.S. do yoga. But only 1 percent are teenagers. Some adults are encouraging teenagers to get a head start on yoga now, rather than later, since many students deal with stress and anxiety at this age.

Crescenta Valley High School even has a yoga class as an option for physical education. Dr. Jan Babington, the yoga teacher at CV, stated that the third-period class has affected students’ mindsets towards school and has helped them maintain their stress towards school.

According Ariana Keshishian, the high school’s yoga instructor Dr.  Babington wants the students to be mindful during the time of stress during school. When students take the yoga class, they enjoy it because they feel less stressed out with school and it’s a fun way to relax. Dr. Babington stated in the article that the interest the students have towards yogas has increased due to the class.

At Clark, physical education teacher Breanna Hutchinson has considered teaching her students yoga. “Hopefully next year I get the chance to teach my students the relaxation of yoga that will be beneficial for them in adulthood,“ she said.

As some people like the idea of having yoga at their school, some are more concerned with the prices that yoga classes cost. According to YogaBaron, yoga class prices range from $10 to $30, a price range increase of $10 in the most recent two years. To save money and time, many do yoga from videos, such as those on YouTube.

Many yoga tutorials on YouTube have at least 3-18 million views. Yoga videos  are for beginners and people to practice their flexibility skills or to get the idea of doing yoga. Many yoga YouTube channels like Yoga with Adriene have over 3 million subscribers. Types of videos vary from a core power yoga to stress melt videos. These videos have showed many teens that yoga can be beneficial for your daily routine.

To sophomore Tamara Mikayelyan, yoga was just known as an exercise for the mind and body. “Once I started to watch yoga videos on YouTube, I started to see the reason why many people are starting to do yoga,” Mikayelyan said.

“I prefer taking a class and not watching a video and doing is at home because I get to experience yoga with music and having an instructor to guide me,” Sepanian said.