Dancing is the new form of education for Armenian youth 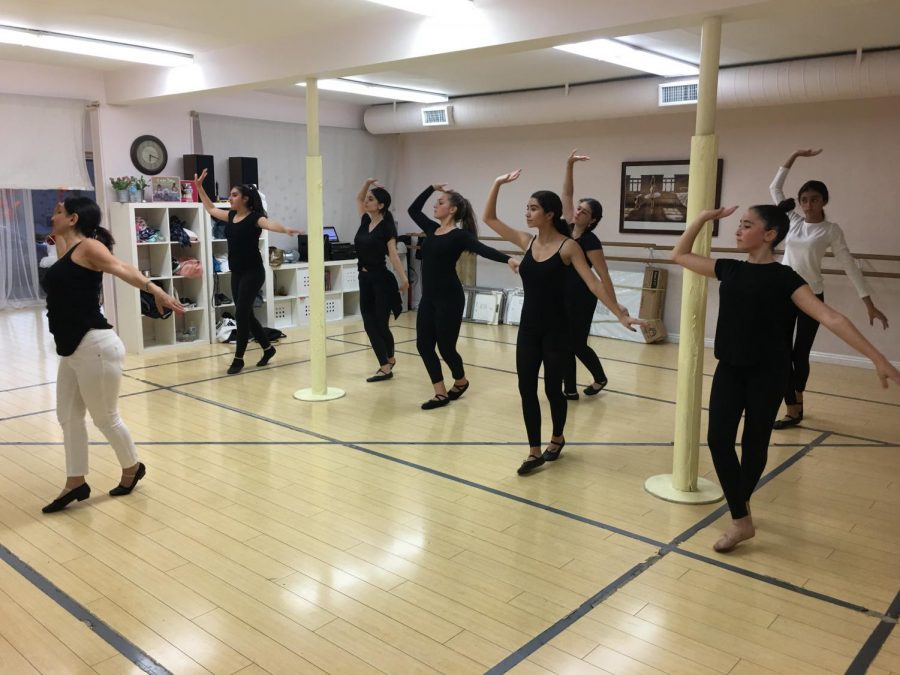 Armenian dance has a variety of different movements.

“Armenian cultural dance is important to our youth because it provides a deeper meaning to how life was in Armenian history through the movements and the emotion you put into your body language,” said dancer Emily Hovsepian. “It is important for young people to know about their culture and where they are from. Taking Armenian dance classes have encouraged me to be the best I can and learn more and more every week.”

There are many different ways of expressing the history of one’s culture. Most may include stories or music. Armenian culture is often expressed through dance.

Hoover High School senior Natali Aghakhanian has been taking Armenian dance classes for 12 years now. “Not only do I learn new choreography every week but also the dance class teaches me an important social lesson and gets me to be a part of the community,” Aghakhanian said. “It is essential to take these classes because it brings together the traditional Armenian dances that were still present since back then.”

The twice-weekly class Aghakhanian and Hovsepian take consists of stretching to help the dancers provide their best dance moves. They have dances such as the Armenian traditional dance called the “Kochari,” which is one of the most popular types of Armenian dance. Kochari is danced in a group of men and women and is known for its tune played on the flute-like instrument called the zurna. At the end of class, the teacher, Anoush Markarian, leads the dancers through a series of stretches to relax. After the class is over, the dancers do a curtsy and a bow as a way to show respect to the instructor.

Sera Shahgholian, a college student who majors in dance, has been dancing her entire life. “I believe Armenian culture and its dance is important because no matter what other dance I train in Armenian dance will always be in me. It never leaves,” Shahgholian said. “Once you are Armenian, you are always an Armenian no matter what you do with your life.”

Markarian opened her studio 13 years ago after moving from Iran to America. She had been dancing for a long time and decided to pursue her dreams and open her studio in Glendale. Markarian said that she too was a professional dancer throughout her life and that Armenian dancing helps her gain more strength. “It’s not what motivates me to teach; it’s the fact that the students get to learn more about their culture,” Markarian said. She has learned so much about her culture, which has changed her life.

Markarian also said that many people underestimate the difficulty of taking a cultural dance class. “It’s not about the moves and gestures I teach; it’s about the people and time spent together while creating the dance,” Markarian said. “The only way to educate our youth is to create bonds with the other students and faculty.”

Armenian cultural dance has been going on for many years. The Armenian dance heritage has been one of the oldest, richest and most varied. Armenian dance has a wide variety of formations. The dances are often performed in an open circle, with the little fingers interlocked.

Dances were usually accompanied by musical instruments. The most vital instrument was the davul or the tahul which is a large drum. But mostly Armenian culture was used to tell stories. Armenian dance is used for special occasions such as weddings, birthdays and christenings to explain the cultural meaning behind each event. These occasions also inspired new songs and dances.

Armenian dance studios can be found throughout the city, with over ten studios in Glendale and more than 22 in Los Angeles. Each studio provides a variety of dance styles, but they mostly focus on Armenian dance.

Karin Adamian has been dancing at Anoush Dance Studio for eight years. “I feel motivated to take Armenian dance because from every class I go to I return with more knowledge about my Armenian culture that is not only reflected through my artistic expression but my character,” Adamian said. “Armenian cultural dance is important for our youth because it is responsible for assembling unity among young Armenians and teaching them the importance of preserving and showing appreciation for our language, culture and community.”

Not only does dance teach beautiful moves and techniques, it also builds bonds with the students and instructors. When the dancers are on the stage they can look to their teachers for guidance and help throughout the dance. When watching this type of dance, the audience can learn something new about the culture just by watching the dancers.

Alina Padilla has been dancing for 11 years, and she says her love for dance and the Armenian culture inspires her to take classes.“When I take the class, I feel like part of a community of people who are all dancing and being happy together,” Padilla said. “A strong bond between the dancers and a love for dance is created when taking the class. I think Armenian cultural dance is important to our youth because it helps keep alive the way Armenians have been celebrating for many years.”