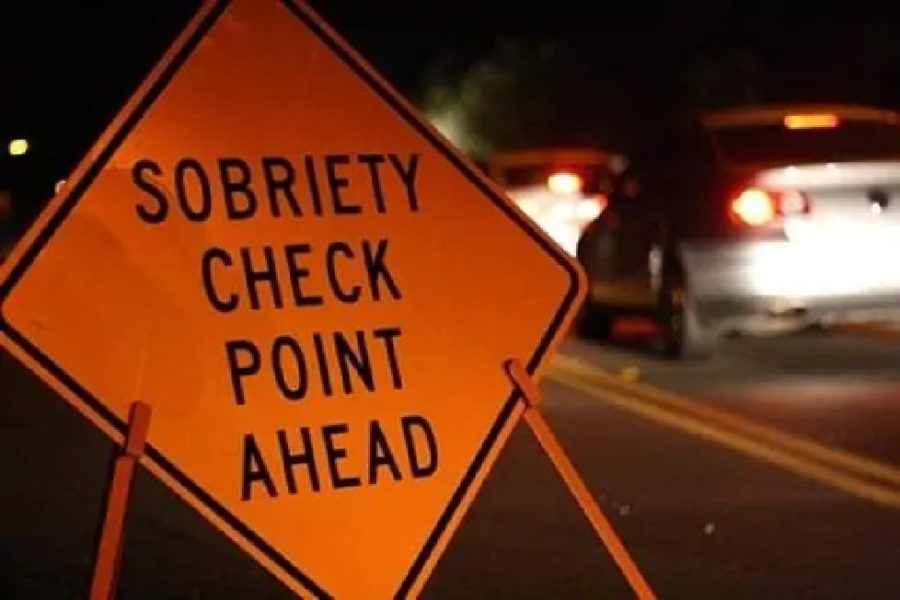 Being completely sober while driving is crucial to avoid risk of accidents.

Whether you are a teenager who just got their license, or a fully grown adult with experience, you cannot escape drunk and drugged drivers on the road. According to CDC.gov, road accidents are the third leading cause of death in the United States. In 2012, President Barack Obama  established December as National Impaired Driving Prevention Month. Ever since then, educators, political leaders, community leaders, health care providers and families have focused on bringing awareness to the consequences of drunk and drugged driving on the road.

For junior Nairy Manoukian, obtaining her drivers license was urgent and necessary. “I honestly think it is really important, especially nowadays when you are constantly needed somewhere and don’t want to bug your parents to act as your personal uber,” Manoukian said.

Obtaining a driver’s license is a big step in many people’s teenage years. “I am very excited because it will make me more independent and I’ll be more free to go to the places I want,” sophomore Ella Sahakian said.

Although December is a month of joy, thankfulness, and togetherness, it is surprisingly the most dangerous. December 24 and December 31 have the highest rates of accidents on the road. During this month, many party celebrations, gatherings and traveling are taking place where alcohol and drugs are present.  Many choose to get behind the wheel after being intoxicated and under the influence; this can lead to accidents and casualties while driving.

Manoukian believes that teenagers might be pressured to obtain a drivers license when they are not ready. “People text and drive thinking they are the only exceptions to the rules which of course will almost always end up in a bad accident,” she said.

Sophomore Ella Baghdassarian thinks that even though teenagers aren’t fully developed, they can be trusted  “as long as teenagers are responsible with how they drive and practice driving a lot with an adult supervisor, they should be allowed to drive.”

Alcohol has earned its title as the “roadway killer.” Being drunk and driving at the same time has done its damage. According to the National Highway Traffic Safety Administration average of 28 people everyday in the United States- equalling 1 death every 52 minutes. Annually, resulting in more than 10,000 accident deaths every single year. While 11.8 percent of people aged 26 and older drove drunk, 19.5 percent of people aged 16 to 25 drove drunk. Youth.gov

According to NHTSA, all it takes is a little bit of alcohol — and its effects are majorly deadly. A Blood Alcohol Content (BAC) level of 0.08 grams per deciliter is the amount that is known for causing accidents. However, in 2019, a BAC of .01 to .07 g/dL was necessary to end the lives of 1,775 people in alcohol-related crashes.  Evidently, alcohol can have small to drastic changes on an individual’s body, depending on their weight and health. It’s better to stay away from the steering wheel no matter how much one has consumed.

The age that a person can legally start drinking is 21 years old; yet many teens and young adults below 21 ignore this and wreck themselves. In fact, 1 in 6 teens binge drink. No matter a person’s age, it is undeniable that alcohol consumption leads to poor health and poor decision making. Car crashes are the leading cause of death for children and teenagers in the United States. In 2019, 24% of young drivers 15 to 20 years old who were killed in crashes had BACs of .01 g/dL or higher. No matter the amount of alcohol in your body, teenagers are still highly prone to being in accidents.

One does not have to be drunk in order to make bad decisions. Freshman Karen Akopyan recalled that a few months ago, two teenagers were racing in their cars, resulting in a collision with another passing car and the deaths of three people. “I don’t usually hear about teenage drunk driving at school, [and] if I do, I’ll make sure to talk about its consequences,” said Akopyan.  “I know it’s really dangerous and I really don’t want to die. So, I won’t drive while I’m drunk.”

Junior Camille Jacobe believes that at such a young age, teenagers are prone to all kinds of peer pressure, especially for alcohol consumption. “Some teenagers may drink at a party and believe they are safe enough to drive. Being not fully adults, teenagers are vulnerable to… mistakes like drinking and driving,” said Jacobe.

This can be prevented by always having a designated driver. This person is responsible to not drink and to take care of you. “Honestly, teenagers are too young to be drinking and getting involved in drugs, so avoiding it all together would be ideal,” said Nairy Manoukian.

In 2020, even though cars on the road were fewer and over-road mileage was down thirteen percent, crashes due to drunk driving were nine percent higher than in 2019. Around 38,680 people lost their lives in motor vehicle crashes in 2020, the biggest increase since 2007. NHTSA

Baghdassarian thinks that not only are teenagers prone to drinking, but also being distracted by their electronic devices. “If someone’s attention is on their phone while driving… it’s just as bad as driving under influence,” she said. In fact, 58% of teens involved in traffic crashes are distracted drivers. Washington Post Distracted driving includes texting, chatting with passengers and any online activity.

“If I ever got into an accident where I was drunk and potentially harmed others in a car accident, I would be very disappointed in myself because it would evidently be my fault for being irresponsible,” Jacobe said.  “I try very hard to make the right decisions and if I do take a hand in drinking, I will not get behind the wheel.”

No one deserves this to happen to them and everyone should know to not only think of themselves  but also others.  Most teens and young adults try to look cool or impress others by using alcohol, but this way of living is dangerous, so dangerous that it negatively impacts thousands of other lives.

“We can prevent pedestrians and drivers from getting hurt by these accidents by putting more lights in the road so these drivers can see clearly at night when people are crossing or stricter enforcement on speed limit and reckless driving in the streets,” said Jacobe.

Freshman Hakop Varzhapetyan does not hear much about teenages drunk behind the wheel. “I don’t think the school or media has brought much attention to drunk driving. I barely hear about it and if it’s something big then it would need to be discussed more often,” Varzhapetyan said. Which proves that we as a community and schools worldwide need to teach lessons about this topic.

“When one earns their drivers license they should make a promise to themselves to be safe and responsible drivers because it is just one tiny little task drivers can do to make the world a better place,” said Manoukian.

Take ownership of your actions, people, and take into consideration what your actions’ consequences can bring upon other people,” Manoukian said.

To stay alert and aware of your surroundings when driving, there are signs that one can look out for to identify an impaired driver. Obvious signs are almost striking other vehicles or objects, stopping without a cause, turning illegally, straddling the centerline, and driving on the wrong side of the road. There are also less obvious signs such as making wide turns, driving at very slow speed, stopping or braking oddly, responding slowly to traffic signs or lights, and not having headlights on after nightfall.

Every single death leaves a permanent empty seat at the table and a time of celebration quickly turns into a tragedy.  Some might tell themselves, they will never make these choices, but the road is shared and awareness is vital.

It is extremely important to take caution during the holiday season, especially when it comes to driving responsibly.