Welcoming the stranger; the process of resettling 5,200 refugees 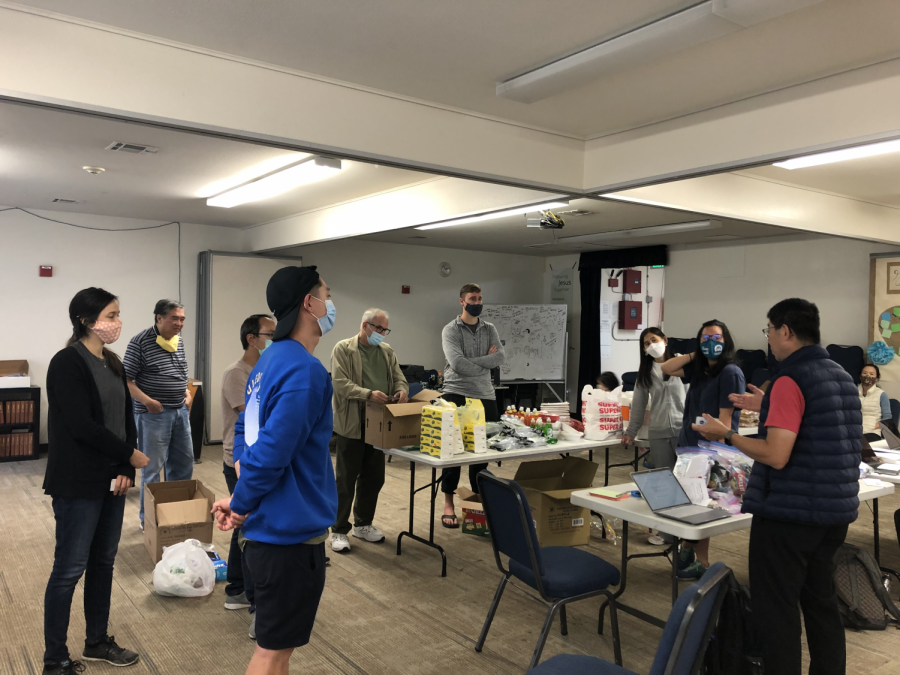 Volunteers are briefed on delivering packages and how to communicate with refugees who do not speak English.

On August 15, 2021, the Taliban took over Kabul, the capital of Afghanistan. The world watched with trepidation as president Ashraf Ghani fled the country and Taliban insurgents took control, effectively ending the United State’s twenty year rule in the nation. In response to the Taliban takeover, the Biden administration had pledged to resettle 95,000 Afghans on American soil. The state of California is slated to welcome 5,200 people. Together, the US State department’s Office of Refugee Relief (ORR) and local Californian relief agencies are working to house and care for newly arrived refugees.

International Institute of Los Angeles (IILA), one of three resettlement agencies, is responsible for the resettlement of refugees in Los Angeles County. Duties of the agency have been retrieving refugees from the airport, organising housing for new arrivals, and delivering food and aid to families. Most refugees have been resettled temporarily in Glendale, Chatsworth, Burbank, Monrovia, and South Gate.

The job of resettling refugees is complicated: filled with uncertainty, red tape and requires patience. “I think everybody is trying as hard as they can, but I think the change in the dynamic in Afghanistan at the end of August … was very unexpected, and the speed and ferocity with which it happened left everybody scrambling,” said president/CEO of IILA, Cambria Tortorelli. “Given the circumstances we are faced with, everybody has been doing their best.” In the last few weeks, Tortorelli has tirelessly contacted community centers, churches and different non-profit entities to partner with in order to care for Afghan refugees — who have little in the way of basic necessities. Monetary donations are accepted but volunteer manpower is what is most needed.

Diana Shing, a resident of La Crescenta and mother to two young children drove to First Evangelical Church in Glendale to help organise food supplies, and household items that were to be distributed to 25 families that day. “I want my kids to come help and see that they can play a part in loving others,” she commented. Along with about 15 volunteers who are residents of La Crescenta, Glendale and Pasadena, Shing was eager to bag groceries and sort items. “​I can’t imagine how it must feel to be a refugee that is fleeing…to a new country where they don’t know anyone and do not have much. I wanted to help in any way I could to these families in need.”

Each Afghan family or individual was given a care package containing naan, yogurt, fresh vegetables and fruit as well as soap, toothpaste and toothbrushes. These packages were given in order to aid the Afghans in their transition to Southern California.

Dr. Ann Barnett, an emergency physician in Van Nuys, volunteered between her shifts to drive out to Northridge and welcome Afghans housed in Extended Stay motels. Along with a friend, Barnett went door to door delivering bags of food and daily necessities, often finding that many of the refugees did not speak English. “I cannot imagine what America looks like compared to what life in Afghanistan looks like,” she said. “The cultural adjustment in and of itself will be extreme….I think it behooves us to extend grace for those who have gone through things that we can’t even imagine,” remarked Barnett.

As more Afghan refugees make their home in Los Angeles County, they will become your colleagues, schoolmates, neighbours, or friends. Although they are currently newcomers to our cities, with the help of your community, refugees will be able to call American neighbourhoods their home.

Here’s how you can help:

Donating money to agencies such as International Institute of Los Angeles  and Home for Refugees who are directly responsible for Afghan resettlement.

Joining the efforts of institutions such as the Catholic Charities of Los Angeles, Miry’s List, and Newcomers Access Center who have established programs that assist refugees.

Become a host and welcome an Afghan individual or family into your home for temporary stay until they get permanent housing. Contact International Rescue Committee for more information.

Use your Airbnb property for a good cause by joining its community development program.

The road ahead for refugees is always a challenging one. Not only are there barriers made by differences in language and culture, refugees also have to deal with the grief of losing a home, and the hardships of entering a foreign workforce. Tortorelli believes that “it is important for all of us here in California, where we represent great diversity and inclusivity to welcome these refugees…it is the hallmark of much of our state…to be as welcoming as possible”.