Teenagers and kids both enjoy the day 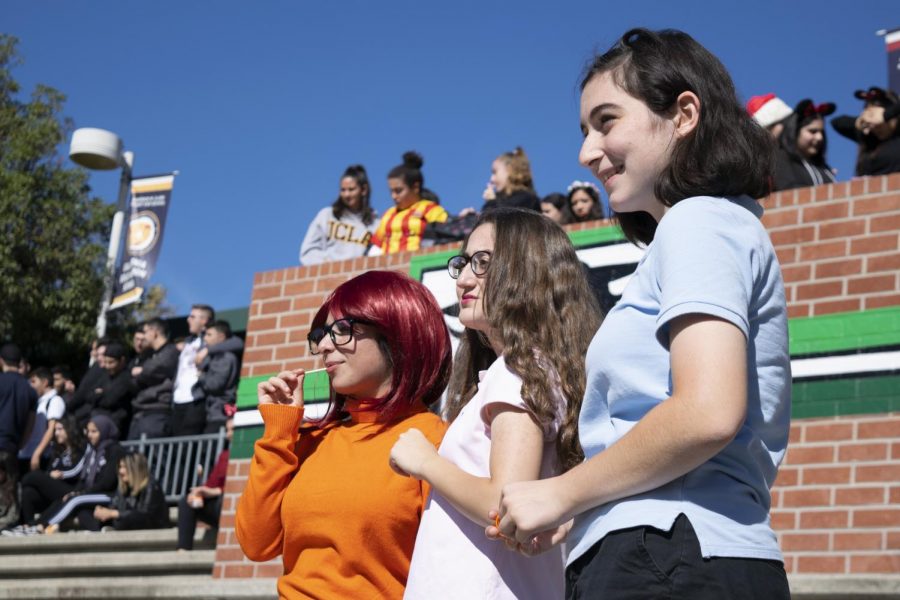 It is not news that teenagers have a different view on Halloween than do young children. “For teens, Halloween is probably more for showing off costumes than having fun, because we understand that there’s more social influence on us than on children,” said freshman Elen Gevorgyan. “But for kids, it’s just fun and innocent. It’s for dressing up as their favorite characters and being kids. But, I believe that Halloween has no age limit. Anybody can be anything.”

Initially it would seem that kids would be more fond of Halloween than teenagers despite some beliefs that teenagers are too old to be trick or treating. “It’s a really fun time of the year, because you can get a lot of candy, dress up as something fun and go out with friends,” said junior Sona Keshishyan, who said she is indecisive about her costume for this year. She debated for a while over being creative, or going as a police officer for the third year in a row.

Keshishyan also said that she particularly enjoys Halloween more now than as a child. “For sure, I like Halloween now because there’s more freedom and I can go out with my friends rather than my parents.”

Halloween may also be enjoyed by teenagers as a form of expression, according to sophomore Amanda Janoyan, who this year plans to be Sally Skellington from the classic Halloween movie The Nightmare Before Christmas and go trick-or-treating with friends. “My favorite part of Halloween is people getting to dress up,” she said. “Those who usually don’t get to express themselves can without anyone judging them because they’re just wearing a costume.”

“I don’t really have any Halloween traditions, but sometimes I go trick-or-treating with my friends,” Janoyan said. “One year, my other two friends and I dressed up as cats, so that was fun.”

The occasion seems to be fairly popular for most teenagers, but for freshman Mane Ghazaryan, Halloween is just another day. “I’ve only ever gone trick-or-treating once or twice and that’s it. My family doesn’t celebrate Halloween.”

“[I think that] there’s not really a special meaning to it besides getting candy. It’s not a good holiday to me,” Ghazaryan said. “Also at this age, it’s not as much fun anymore.”

Opinions clearly vary for high schoolers, but how do they differ from the views of a kid?

Some kids look forward to enjoying Halloween as teenagers as well. “[I won’t get tired of Halloween] because when I grow up, I know I’ll still like sweet things and still want to eat them, so I might just go out sometimes, buy a costume, and [go trick-or-treating],” said fourth-grader Daniel Grigoryan.

Sixth-grader Mari Petrosyan agrees with many that Halloween is a time of year to have fun and dress up. “I love Halloween,” she Petrosyan, who plans to wear a kimono costume this year. “It’s my favorite holiday because I get to dress up.” Other parts of Halloween that Petrosyan enjoys are much more in depth than candy collecting and costume wearing. “My sister becomes my slave; I can force her to do what I want,” she joked.

However, despite the positive views, even some kids agree that teenagers have very different motives for the holiday compared to kids’. “I’ll like Halloween better now because people understand that I’m a kid and I’m doing this for fun. But when I’m grown up, people would think that I just want candy,” Grigoryan said.