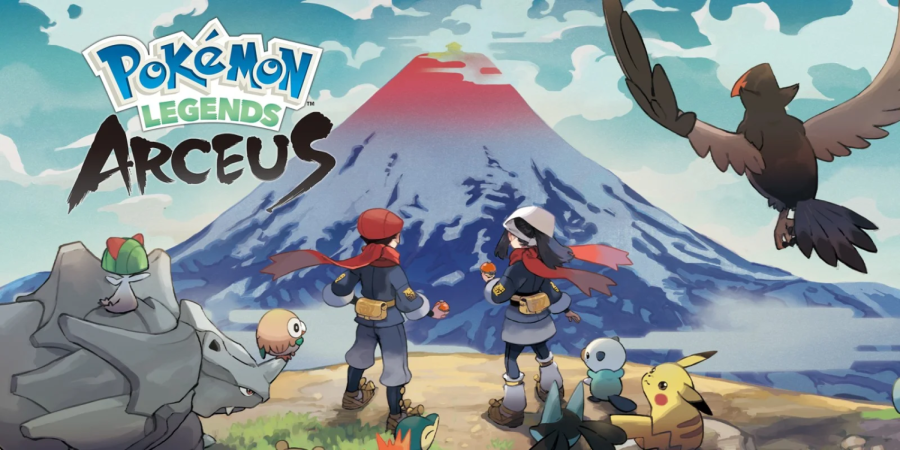 GameFreak, Pokémon’s developer, has been under pressure after their $23 million production flopped. The internet was in outrage after the company lazily released Pokémon Sword and Shield on the 25th anniversary of the franchise back in 2019, featuring a plethora of bugs and glaring issues with the design and graphics.

The problems were so prevalent that GameFreak had to go in with the band-aid and released downloadable content (DLC) to the game for $29.99 — purchased separately from the main game that already cost $59.99. The entire situation was received with very mixed reviews, some saying that the DLC was a great addition, while others saying that it was an afterthought to a bad game.

Following the widespread criticism of Sword and Shield, it would seem that GameFreak has decided to take the franchise in a new direction. For almost the last three decades, Pokémon gameplay has revolved around a turn-based RPG that has left the games feeling stale and repetitive. Crippled by nostalgia, the Pokemon games have had, ironically, very little evolution over the years, with each release disappointing fans time and time again.

Criticism has primarily targeted Pokémon’s graphics, especially since similar franchises have a comparably superior look despite being on the same engine. The Nintendo Switch gave Pokemon the opportunity to take their game to the next level— an opportunity that GameFreak boldly turned down when making Sword and Shield.

Enter GameFreak’s new release, Pokémon Legends: Arceus for the Nintendo Switch, which dropped on Jan. 28. The new game fixes, frankly, none of the graphical problems. However, Legends: Arceus  does revolutionize the franchise beyond anything that fans have seen before. Even with its meager graphics the new Pokémon game is the reimagination that fans have been waiting for.

Set in a time before civilization was fully settled, the game features an archaic system of battling and catching wild Pokémon. Unlike in previous games where walking through grass can trigger an encounter, Pokémon in Legends: Arceus roam freely across the overworld, giving players a multitude of options to approach them.

Players could, for instance, toss a PokéBall right away for a capture attempt, or send out one of a Pokémon for a battle, or play it safer and use items like berries to distract them or mud balls to stun them. Some Pokémon will flee upon being startled, requiring players to be stealthy or strategically plan an ambush. The Pokémon trainer must dodge attacks from hostile Pokémon or take a hit to their limited health bar.

To the casual action game player, these may seem like normal features, but these are radical improvements to the game that have won Pokémon Legends: Arceus very positive reviews. Fans hope that the franchise will continue to head in the trajectory that the newest game has set, and live up to a greater standard.

Perhaps the criticism of previous games has encouraged GameFreak to step it up with their newest release. Even so, the franchise has a long way to go. Fans have been begging for a better online system, better competitive system, and a total graphics overhaul, and hopefully GameFreak delivers on those desires in the future.

The audience of Pokémon is growing and also growing up. Many players have played through generations of games and Legends: Arceus is the first time in 20 years that Pokemon has broken out of its formulaic gameplay. As such, this is the best time for Pokemon as a series to grow up as well, and Legends: Arceus demonstrates that GameFreak might finally be ready for that change. With such widespread positive feedback from Legends: Arceus and the promise of more upcoming games, it’s safe to say that Pokémon will continue to be a fan favorite for years to come.