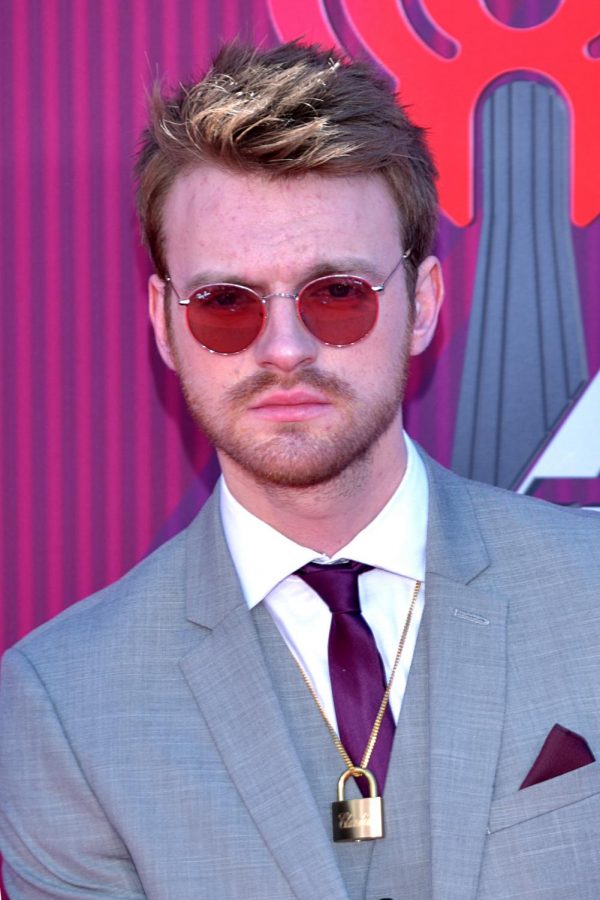 'Blood Harmony' marks the start of a name for FINNEAS, separating himself from Eilish's name.

Finneas O’Connell, better known by his stage name FINNEAS, isn’t new to the music scene. He’s been producing singles for three years now. Even more well-known to the music scene is his younger sister Billie Eilish, the beloved teenage singer-songwriter with three successful albums and millions of fans because of them. Eilish’s success can be credited to FINNEAS who has co-written and co-produced each of her songs for four years now. Now, Finneas is trying to make a name for himself just as his sister currently is, and he might’ve just done it with Blood Harmony.

Blood Harmony, released on iTunes Oct. 4, is FINNEAS’ official debut EP. The EP consists of seven tracks with a generally consistent theme. The central theme being about love, specifically, falling/being in love, falling out of love, and recovering from heartbreak. In order to portray these feelings, FINNEAS uses various instruments to create different sounds and tempos to differentiate which emotion matches with which relationship stage. So let’s take a look at Blood Harmony:

1. “I Lost A Friend” – The premiering track’s heart-wrenching lyrics and emotional execution bring FINNEAS fans to tears. The piano’s chords are soft and solemn. His raspy voice combined with the harmonious autotune sound as if he’s crooning. “How the hell did I lose a friend I never had?” is officially every FINNEAS fans’–even my–national anthem. Definitely a 9/10.

2. “Shelter” – “Shelter” strays from its lamenting predecessor. It’s more upbeat with its quick, string tune and urgent tone. The rhythmic clapping, crashing drums, and harmonizing autotune instill a rush of adventure. All these combined with his lyrics’ clever wording make this song so tempting not to listen on repeat. Easily an 8/10.

3. “Lost My Mind” – This number returns to its soft-spoken “I Lost A Friend” roots. However, whereas in “I Lost A Friend,” FINNEAS is in mourning, in “Lost My Mind,” he’s regretful. This track channels its inner “Shelter” when it incorporates the drumbeat-like-heartbeat and the occasional clapping. Using autotune must be FINNEAS’ favorite instrument–ha!–because he uses it to call out his lover. If FINNEAS keeps this up, I might just lose my voice from singing along! A solid 7/10.

4. “I Don’t Miss You At All” – At first listen, “I Don’t Miss You At All” sounds like a feel-good song about moving on from an ex. The funky keyboard and rhythmic snapping suggest so. FINNEAS himself expresses moving on, but he’s lying to himself. While lying, he throws in a The Great Gatsby reference for the literary fans in all of us: “A shade of green that if he’d seen / Would make F. Scott Fitzgerald cry.” This therapeutic number, accompanied by the sick beat and deep bass, makes this my favorite on the EP. I’m bitter it lasted barely two minutes, the shortest on the EP. A 9/10, maybe a 10 if the song were a minute longer.

5. “Partners In Crime” – This track takes a turn from its EP’s pop sound and takes on a soulful, country vibe. FINNEAS’ gentle voice, reminiscent lyrics, and guitar-like-fiddle tune are what nostalgia feels like. While “Shelter” is thrilling and adventurous, “Partners In Crime” is an adventure song in the sense that it’s like an autumn night in the city spent with friends. The chorus’ instrumental sounds like Ed Sheeran’s “Hearts Don’t Break Around Here” chorus. Without a doubt, an 8/10.

6. “Let’s Fall In Love For The Night” – “Let’s Fall In Love For The Night” is a fan favorite and it’s easy to see why. FINNEAS’ angelic voice singing sweet nothings to his lover make this the song every girl wants to be serenaded with. Appealing to the hopeless romantic in all of us, FINNEAS uses a gentle guitar strumming and his vocal range to make this song feel like a dream. His effortless falsetto flutters add onto the song’s dreamy illusion while the almost-raps return the listener to reality. Inarguably, a 10/10.

7. “Die Alone” – “Die Alone” is the EP’s final reminder that this album is too short! Also, that love is fleeting when distance constraints separate someone from a loved one. The dainty piano that creates the illusion of a rainy storm. FINNEAS’ bittersweet singing. His wistful crooning. Everything adds onto the song’s solemn mood. As the EP parts with listeners, “Die Alone” gives experience-based advice on how to pursue adulthood. While the FINNEAS in Blood Harmony album cannot return to these moments, listeners can by revisiting the EP. A strong 8/10.

Blood Harmony touches upon subjects of losing loved ones, reminiscing about old times, and recovering from loss. Through this EP, FINNEAS demonstrates his musical prowess and ability to experiment with nearly all music styles.

Also to build up the hype, FINNEAS  promised fans that every Blood Harmony track is connected. Yet he didn’t specify how, either because he doesn’t want to or he wants the fans to decide for themselves, he hasn’t disclosed this information. So when fans check out (or revisit) the EP, they will have something else to look forward to: figuring out the connections.