A New Age for Halsey

“Nightmare” — A must listen 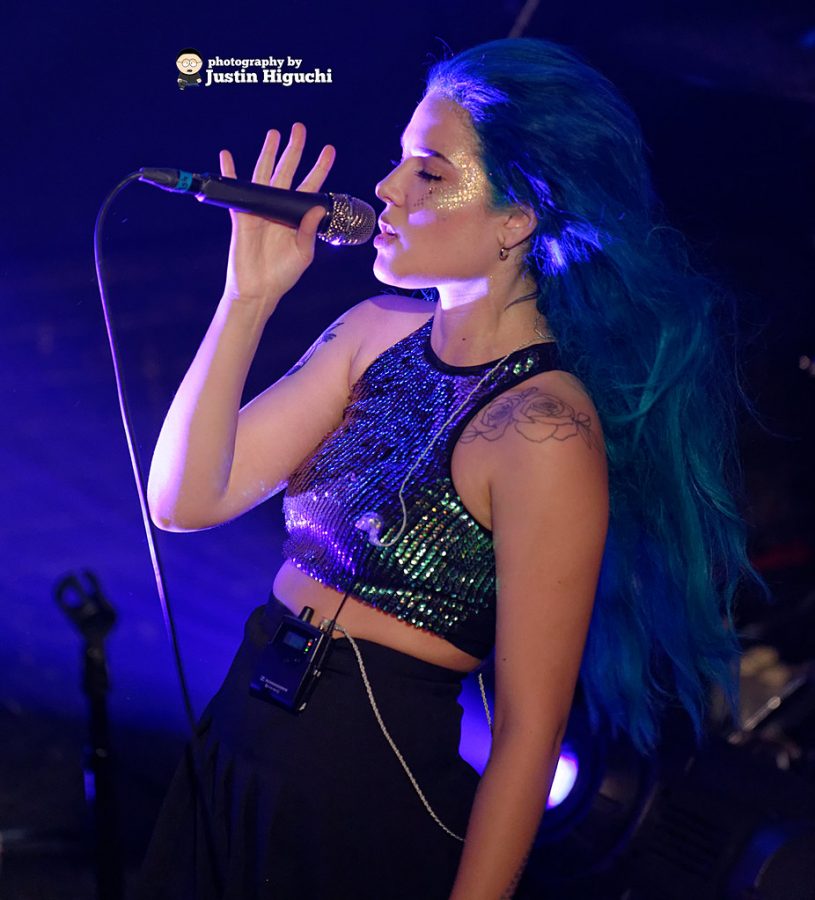 Halsey singing during a concert at The L.A. Troubadour.

Halsey fanatics who grew up with “BADLANDS” and “hopeless fountain kingdom” are in for a big surprise. Her most recent solo single, “Nightmare,” has again shocked fans with this new style of music— a harmony among the rock, alternative and pop genres. From poetic lyrics that emphasize the importance of autonomy to the thematic video revolving around the dystopian world where females defy their stereotypical roles, the energy and emotion surrounding Halsey’s newest released single can be summarized as another masterpiece.

Compared to “hopeless fountain kingdom” where idolizing love and fabricating a Romeo and Juliet narrative garnered attention from the pop generation, “Nightmares” hints around evolving her first studio album, BADLANDS, bringing back nostalgic memories of empathy and vulnerability. Ultimately, what keeps drawing fans back to Halsey time after time is not the haunting, yet engaging soundtracks or the raspy voice, but being able to deviate away from the expected pop format that has become so formulaic.

Starting this revolutionary change in Halsey’s music, on May 14, her Instagram post unveiled the cover art for “Nightmare,” featuring the artist forcing herself to “smile” while using both her index fingers to stretch her mouth and sticking a tongue out. At first glance, the artist’s statement may be “childish”; however, peeling back the layers beneath the song and Instagram post reveals her intentions to slam gender roles that pressure females alike to fixate themselves into being poised and delicate. [Her Instagram caption reading, “c’mon little lady, give me a smile?”]

Behind the daunting melody, Halsey expresses her frustration of being a female in 2019, where she is constantly being told what to do in order to fit into the perfect female stereotype. Spitting dauntless declarations, “No, I won’t smile, but I’ll show you my teeth,” the singer hollers in a punk-inspired tone, “I’m tired and angry but somebody should be.” These lyrics continue to voice the importance of empowering themes such as independence, encouraging her audience to promote the same social ideals— breaking away from stereotypes and seek their own independence.

Though spouts of emotional rage continue throughout the entire song, it’s a loud and fearless female empowerment anthem that speaks volume to the female perspective.

In short, Halsey’s new single is anything, but a “Nightmare.”