And … We Are Back With The Kardashians 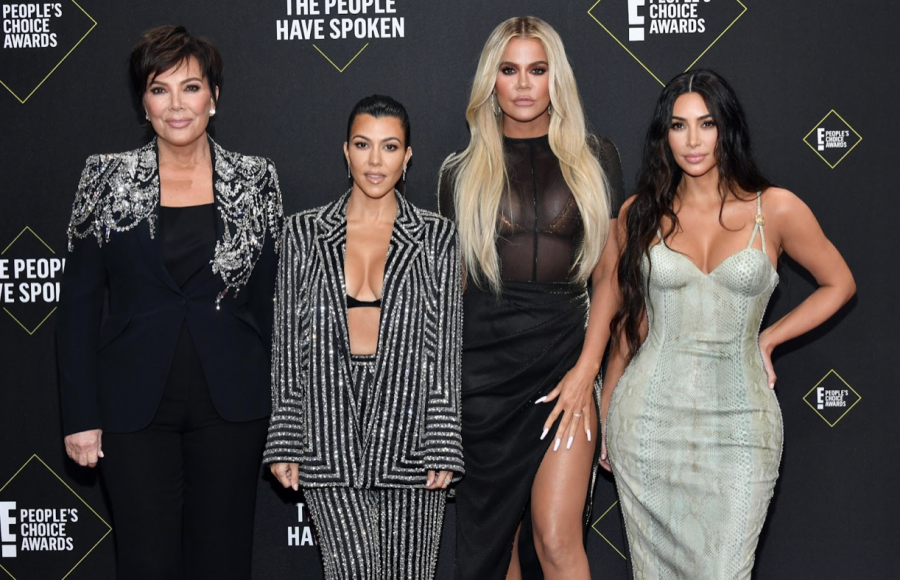 The Kardashian family displaying their fabulous looks as they win an award for their show at People’s Choice Awards 2019.

The famous reality television show family is back on our screens as their new show The Kardashians aired on April 14, 2022. Along with a warm welcome as they invited viewers back to keep up with their lives, the Kardashian family updated the audience about their personal relationships and life status.

Khloe Kardashian, the third eldest sister, spoke about her co-parenting relationship with NBA star Tristan Thompson. “Right now, Tristan and I are just friends, and I love our relationship that he and I have, but my biggest focus is being a mom to my beautiful angel, True,” Khloe Kardashian said in the first episode. Viewers were surprised that the pair had developed a great connection with one another, despite Thompson’s cheating scandals. “I’m shocked that Khloe took Tristan back and forgave him after all he did, but he is the father of their daughter, so it’s a complicated situation,” junior Lona George said.

Kim Kardashian had the pleasure of hosting Saturday Night Live with her musical guest star Halsey. Her introduction monologue cracked multiple jokes about her family members Corey Gamble, Kanye West, and Caitlyn Jenner. “I’ve been very blessed in this life and I’m grateful for everything honestly, all the ups, all the downs. I mean I married the best rapper of all time,” Kim Kardashian said. “So when I divorced him, you have to know it came down to just one thing: his personality.” Her monologue gathered a lot of attention, and the comment made about Kanye West left him upset, which led him to walk out on the show. She mentioned in the fifth episode that West disliked the term “divorce” being used in her monologue. After rumors speculated about the couple’s split, news broke out on February 19, 2021, that Kim Kardashian had filed for divorce. While her love life is transitioning from a messy divorce to an exciting new relationship with comedian Pete Davidson, Kourtney Kardashian’s is everything she has ever wanted.

Kourtney Kardashian’s relationship with American musician Travis Landon Barker reached a whole new level when he proposed to her at a beach in Santa Barbara with all their family members present. Although, the proposal had its ups and downs, as her daughter Penelope Scotland Disick broke into tears when her mother told her the news. Kourtney Kardashian’s three children whom she shares with Scott Michael Disick: Penelope, Mason, and Reign, were not present during the proposal since the family found it best for them to process the news first because of their young age. “I’ve never met a better human in my life,” Kourtney Kardashian said about Barker, as she shared a conversation with her mother, Kris Jenner. Jenner wanted to discuss how the engagement would affect her relationship with the father of her children – Disick. She believes it would be best for her daughter and Disick to have a conversation with one another, because of this major change in her life.

“Something that stood out to me the most is the relationships the family has with their partners, specifically Kourtney,” junior Celine Arsenian said. “She’s getting married, and it’s this whole saga with her ex-boyfriend Scott, which is interesting to watch play out.” Arsenian finds it fascinating how the Kardashians have relatable life experiences, as they deal with heartbreak and flawed relationships, despite the fame.

Following the engagement came Kim Kardashian’s 41st birthday, which she wanted to spend studying for her bar exam. However, that did not stop the Kardashian clan from throwing her a small birthday party with her beloved friends and family.

With more episodes yet to be released, viewers are excited to see what is to come for the Kardashian family, as their drama-filled lives continue to amaze the public eye. Whether streamed as a guilty pleasure or not, the lives of these celebrities manage to keep viewers hooked. To keep up with the Kardashians, Hulu offers subscribers a chance to watch every episode released.