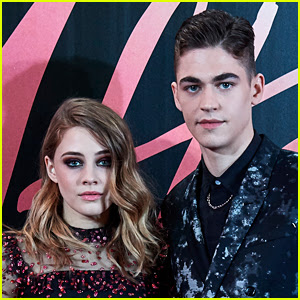 Tessa and Hardin from "After" are back to show us what their relationship has in stock this time.

Anna Todd’s story After was turned into a movie and released April 19, 2019. The movie was based on a predictable yet romantic couple, Hardin Scott and Tessa Young. The two fall in love during their first months of college which leads to their conflicted yet romantic relationship.

Their love story ended up leaving viewers in shock with many questions as to whether they end up together or not. Anna Todd left the movie with a cliffhanger that left the viewers in such anticipation and anxiousness for another movie reveal. Earlier on in the year, Anna Todd announced the production of the second movie called After We Collided.

Meanwhile, Tessa’s coworker Trevor Matthews begins to catch feelings for Tessa which causes him to make choices that tend to affect Tessa and Hardin’s relationship. This movie takes us through Hardin’s past and why he has anger issues leading up to today. Anna Todd does not fail to leave the film without another cliffhanger; the ending leaves the viewer in suspense with a hint of a third movie.

I was amazed by the acting and how Hardin would show so much pain and emotion throughout the movie. Both actors portray their roles successfully.

The script is very well written and shows much more emotion. There are important details added to the film that make it more similar to the novel. The storyline made sense and allow the scenes to connect with each other. The film has a proper amount of dramatic and romantic scenes.

The visual elements really play a huge role in the movie. The cinematography sets a meaning to the story. For example, we see Hardin’s old house and where he adapted his anger issues from. His room is very dark and narrow which gives the viewer a feeling of him being trapped. When Hardin and Tessa are out together the scene is more vibrant and bright which gives a hint of happiness.