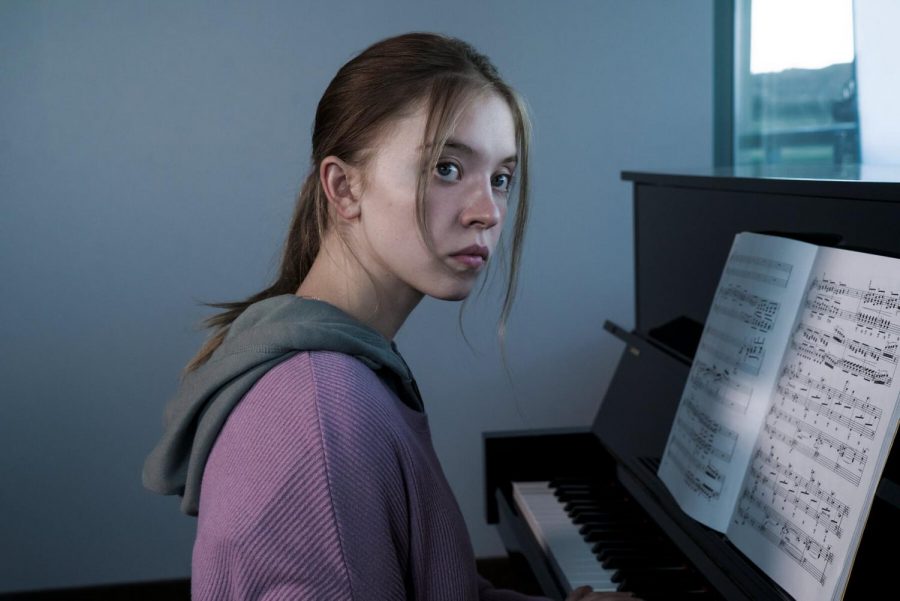 Sidney Sweeney plays Juliet, a pianist who is overshadowed by her twin sister.

As the clock strikes twelve and October begins, film industries start releasing their horror movies for the month. This year Blumhouse Pictures decided to release four horror films to get people into the spooky season. On Oct. 13, Nocturne was the last movie released to audiences. The suspenseful film leaves people disappointed at its predictable storyline.

The film revolves around twins who attend a music school where they start growing apart after a suicide occurs on the campus. Throughout the movie, Juliet is overshadowed by her sister Vivian, but finally gets her breakthrough after finding Moira’s, the suicide victim, music journal. Now Juliet is facing many challenges as her life is starting to look similar to Moira’s.

This is director Zu Quirke’s full feature film, but not the first one that revolves around music and horror. Nocturne shares the plot of many movies like Black Swan, Raw and Suspiria. All of these movies are much better due to their originality, but Nocturne is just the worst parts of these movies and sewn together like Frankenstien’s monster. The plot is predictable and holds very little suspense.

Sydney Sweeny (Juliet) does an excellent job playing her character, and she does the best she could with what was given to her. Known for her role as Cassie in Euphoria, her performance in Nocturne shows her range in acting. In an article, Sweeney said that she used to play the piano, but learned choreography for her hands rather than actually learning notes. Although Sweeny’s performance is exceptional, her counterparts fail to rise to the level of her performance.

The dialogue is very cliche, and the plot twists are predictable. The jump scares are easy to figure out beforehand, and aren’t even scary. The end is the only part that gets the audience to question what happened, but the overall film is unoriginal and mediocre.