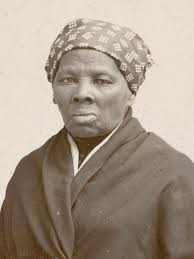 Harriet Tubman was an extraordinary abolitionist who worked in the Underground Railroad and led many slaves to freedom.

Twenty years ago, writer Gregory Allen Howard proposed the idea of creating a film about an extraordinary female who plays a crucial role in American history, but due to some political issues, this film couldn’t have been made until Hollywood’s movie policies changed.

This long-awaited film was finally brought to life and released in theaters throughout the United States Nov. 1.

Harriet centers around a black slave named Minty, who is later known as Harriet Tubman — one of the most famous female conductors on the Underground Railroad — and her journey, not only to freedom, but also as an abolitionist. Throughout her journey, she is presented with many different obstacles, but with the guidance of God she was able to overcome them.

Minty, played by Cynthia Ervino, is tired of her master, Gideon (Joe Alywn), and is also afraid of being sold. She decides to find a way to escape in hopes of finding the land of freedom. With the help of many people along the way, she is able to accomplish her 100-mile journey.

Finally reaching her destination in Philadelphia, she meets a man by the name of William Still (Leslie Odom Jr.), who allows her to change her name to Harriet Tubman (Harriet for her mom and Tubman for her husband). With this name and with the help of John, she is able to become a successful and well known conductor on the Underground Railroad, proving herself to be more than just a “free slave.”

When directing this film, Kasi Lemmons wanted it to be suitable for all ages while still being able to communicate the beautiful story of Tubman. She does an excellent job in accomplishing this as Harriet doesn’t focus much on the torture that a slave has to to go through, but rather focuses more on the relationship that slaves have with their masters; this is also partly why this movie is quite unique.

Ervino does a phenomenal job interpreting Tubman’s life on the big screen. Although she is British and naturally has a British accent, with months of practice, she was able to put her accent away and adapt to the accent that Tubman had. Viewers can certainly tell that Ervino has a strong connection with her role, as she does an excellent job in conveying Tubman’s message through her actions.

Despite its backlash for having one of the antagonists be a black man, Harriet has managed to make about $12 million at the box office, just within the opening weekend.

Like movies such as 12 Years a Slave and Freedom, Harriet is a heavily historically-based movie that touches on one of the most delicate subjects in world history, which is why it stands out from what movie-lovers typically tend to see as a “successful” movie and why it is a movie that is definitely worth seeing.