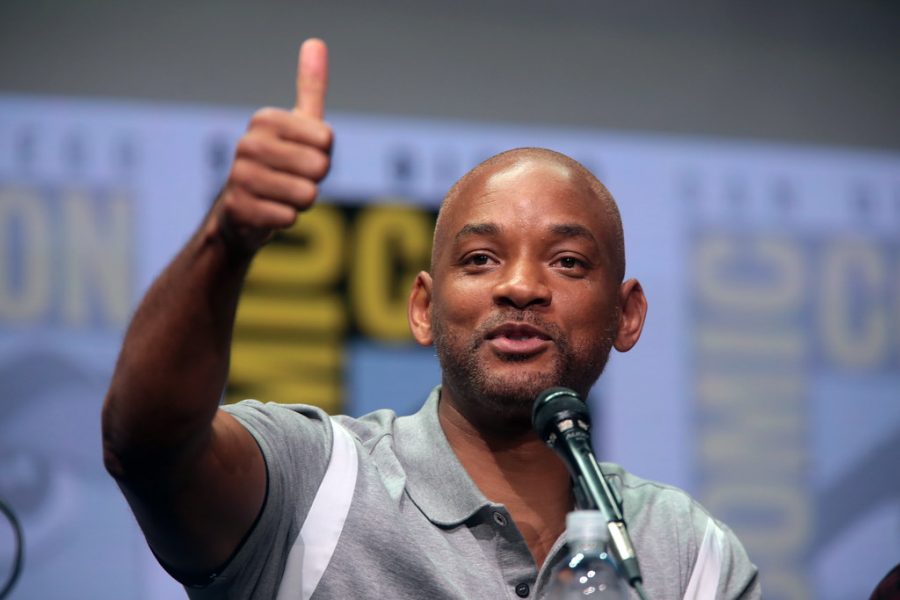 This is Will Smith who is the live action Genie.

Disney’s new remake of Aladdin makes great new changes to the songs, scenes and casting choices to make Aladdin more accurate and real. With these new changes, it is clearly shown just how much the director and the team for Aladdin worked to make sure that this live action did not disappoint the original 1992 Aladdin.

One of the main changes in this film is how the character Princess Jasmine has her own song to show strong feminist powers. The song, “Speechless,” gives a moment for Naomi Scott, Princess Jasmine, to really shine as a character.. Some of the lyrics to the opening song for “Arabian Nights” are also changed so that the song is more suited to the younger audience watching.

Many people watching Aladdin for the first time in several years at first did not recognize the small changes until they went home to rewatch the original Aladdin.

Not only did the filmmakers change songs to make them more relatable, they even changed many scenes to show a more realistic version of the story.

One of the main examples of this big change is during their number “A Whole New World.” In the original, Aladdin take Princess Jasmine on a magical carpet ride around Egypt and other countries. However, in the live action, Aladdin takes her to show Princess Jasmine’s kingdom, which made the Jasmine, in 2019, fall in love with her country more than the Jasmine in 1992, because the Princess, in 2019, is able to witness the people’s lives and living conditions.

There were also many controversies in the 1992 Aladdin because many people then were unsure whether the small, skinny guy at the beginning, who introduces the story of Aladdin, really was Genie after he was set free from Aladdin’s third wish. Fortunately for those who were curious, this controversy comes to a close after watching how the filmmakers clearly show that Genie, in 2019, is actually telling the story to his own kids while traveling around the world.

In addition, many were happy with the casting for this live action movie. There are many videos that compare how similar Scott Weigner, the 1992 Aladdin, and Mena Massoud, the 2019 Aladdin, sounded so familiar. The similarities are uncanny and it is clear that Prince Ali hasn’t changed over 27 years.

Will Smith also does a great job portraying the role as genie. Smith is very similar to the original Genie in 1992, portrayed by Robin Williams, while being able to still put a twist and a new flavor to Genie’s character.

Many female viewers, especially, love Princess Jasmine in this new live action movie because the movie really lets her shine as a independent woman who needs no man to help her get through life. The 2019 Princess Jasmine wants to become the Sultan herself and wants to learn and gain more knowledge from the resources and material around her, unlike 1992 Princess Jasmine, who wanted to find her true love.