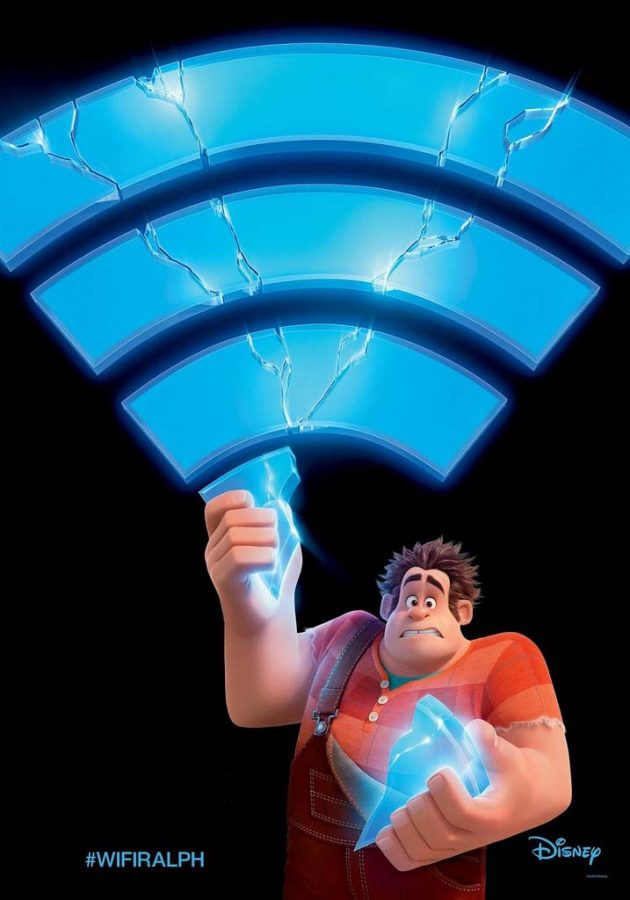 The movie follows the adventure of dynamic duo, Ralph (John C. Reilly) and Vanellope von Schweetz (Sarah Silverman) as they try to save Vanellope’s game from getting unplugged. To do so, they travel into the internet in order to find a replacement for the broken part of her game.

The environment inside the internet is beautifully animated. Jokes about eBay, Twitter and search browsers kindly poke fun at how crazy the internet can be.

The beginning of the film takes a while to warm up. Once the characters make it to the internet, the movie speeds up and takes the charming, witty path that Wreck it Ralph lovers missed. The film introduces the Disney princesses in a new light, showing them as strong individuals and making them equal to their male counterparts. Most characters are fun and lively, adding more light and laughs to the story.Although the middle of the film shows great potential, the ending takes a turn which makes the movie hard to sit through.

As a film meant mostly for children, there is always a lesson that is meant to be learned. The ending of this child-friendly film seems to shove that lesson down the audience’s throat in a way that isn’t necessarily relevant to the plot. Still, for those who enjoyed the fun and laughs of the first film, this sequel is sure to please.