‘Riverdale’ is back with a new confusing Season 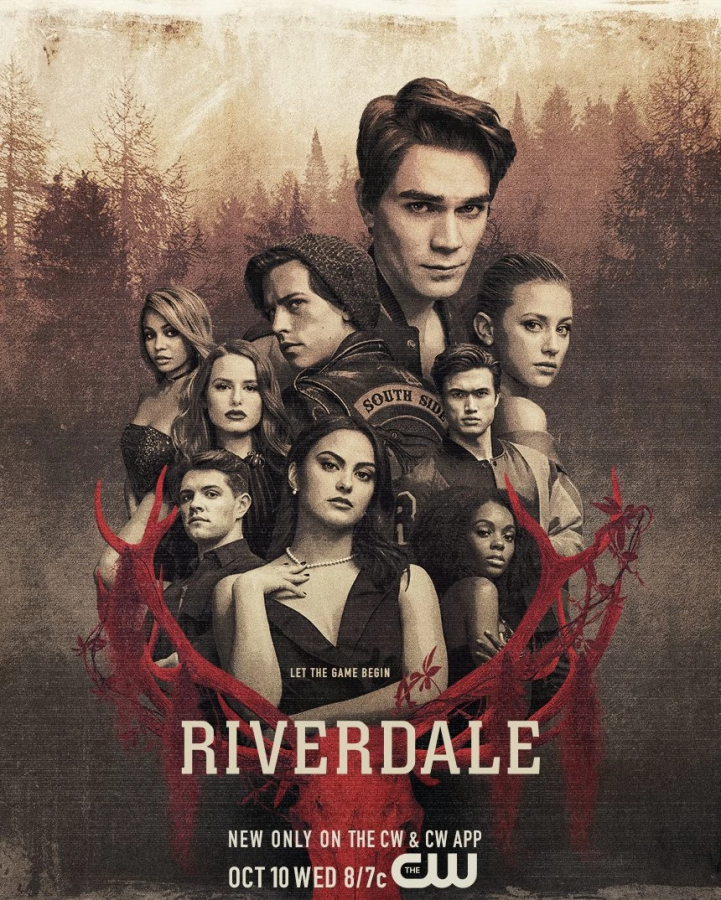 The new 'Riverdale' poster promoting the show's third season and the main cast of the show.

For all you Riverdale fans out there, Riverdale Season 3 is out with three new episodes recently released. When the final episode of Season 2 aired in late May with a cliffhanger, it left fans on the edge of their seats. Fans were sad when our favorite boy, Archie Andrews, was arrested for a murder he did not commit and have been waiting patiently for Season 3. And now it’s out!

Riverdale is a drama mystery series revolving around four teenagers as they struggle with school, relationships and the mysteries their strange town has to offer. Mysteries were solved, killers were caught, and characters were sacrificed in the first two seasons, but Season 3 is centered around relationships and apparently a new mysterious game, Griffins and Gargoyles, with an unknown Gargoyle King stalking the streets of Riverdale.

With only three episodes into the season, the show has already provided lots of thrilling action. Two characters have sacrificed themselves because of this mysterious game. Betty is withdrawing from her family as her mother and sister are joining some cult she does not approve of. Veronica is turning against her father as he is the one responsible for getting her boyfriend, Archie, thrown in jail. It’s all a big mess, but it’s all worth it when we see the relationships between the main characters still going strong and how they are not falling apart in a time of crisis.

This season of Riverdale is similar to what we have seen in the first two seasons. There is an unknown figure we are trying to figure out the identity of and there is a murder waiting to be solved. What makes this season unique is the supernatural part that has been added to it and how the mystery is mostly creepy and not as intriguing. For me, this makes Riverdale more interesting as it adds to the suspense of the mysteries.

The creator of Riverdale, Roberto Aguirre-Sacasa, has done an amazing job creating a show mainly for teenagers that leaves you wanting more. It reels you in and keeps you hooked to the point you can’t stop watching.