Bradley Cooper’s directing debut, ‘A Star Is Born,’ does not disappoint 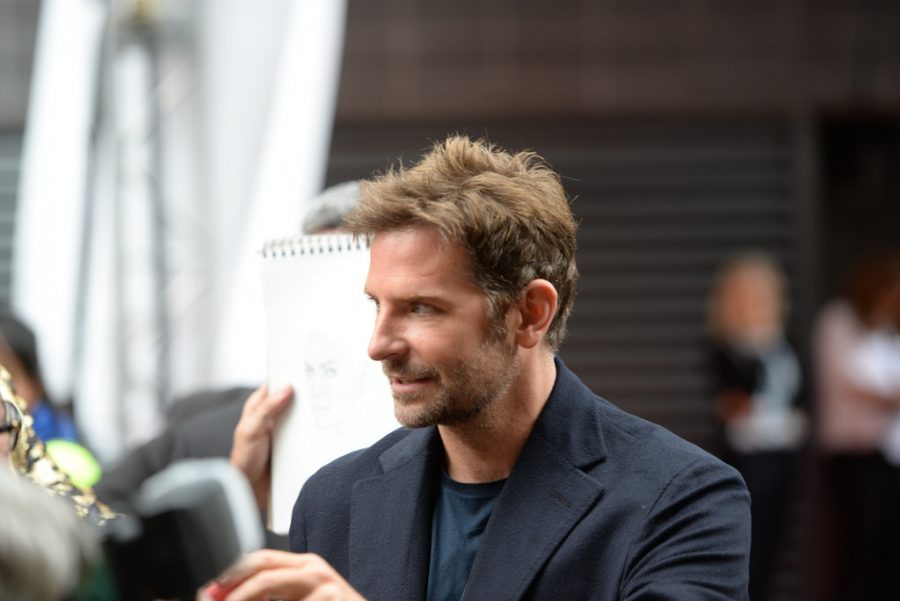 Bradley Cooper, the star of A Star is Born, walks the red carpet for the premiere.

The most dark and dirty secrets of life are rarely acknowledged let alone captured accurately in modern cinematography. A Star Is Born attempts to break this trend, telling more than just a cliche love story.

A Star is Born starts with Jackson Maine (Bradley Cooper) opening up a prescription bottle before going on stage to sing in front of hundreds of his fans. After his concert, he gets into the car, gets extremely drunk and ends up going into a drag bar. There, he meets Ally (Lady Gaga), his love interest in the movie who is an aspiring singer and songwriter. From just a few minutes and simple yet intricately woven shots, the audience is hooked and eager to dive into these two characters. The entire movie not only follows the love story between these two characters, but also exposes the struggles of being an alcoholic and a drug addict.

The rawness of the movie moves the audience to tears and, occasionally, to laughter. Jackson and Ally are a very relatable couple, revealing the reality behind being in a relationship. Their relationship does not completely destroy any hope of pursuing dreams or falling in love, but it merely exposes the truth, both the good and the bad.

Music unites these characters and helps them through tough times. With Cooper’s “old soul” and Gaga’s diverse voice, the songs add a break to the intensity of the movie without distracting from the overall story. Their songs dig deeper into what the characters are going through and how they are truly feeling.

Many were skeptical about the this movie, especially since this is the third A Star Is Born, with the previous one being with the beloved Barbra Streisand in 1976. Many questioned if Gaga can fulfil the leading role or if Cooper could do justice to such a well-known movie. However, Cooper’s first movie as a director is beautifully executed. It is an authentic representation of a love story and the journey of life. Cooper and Gaga really do give justice to such a beautiful and powerful story.