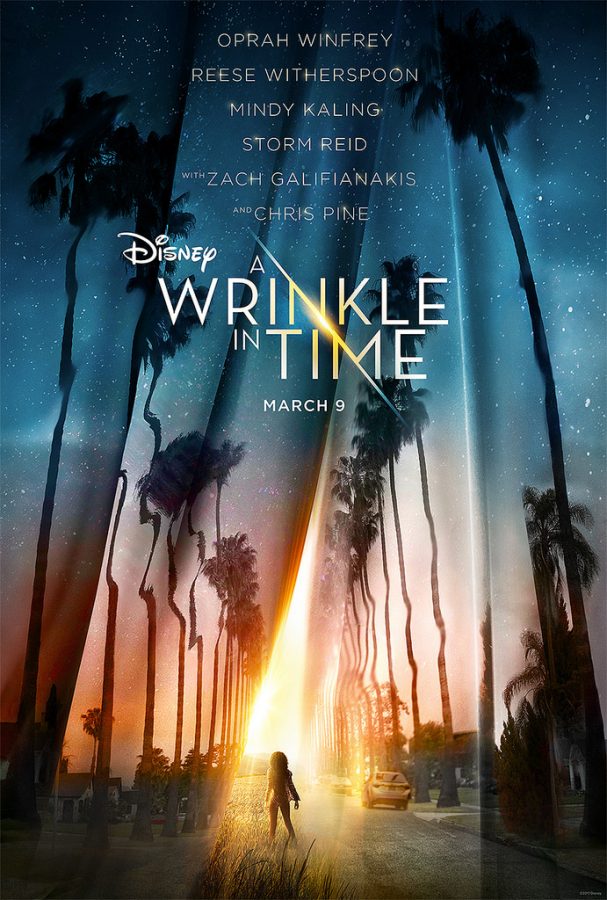 Throughout the years Disney has been known for its magical, happy-ever-after movies, but that all changes with A Wrinkle In Time. The message that this film portrays is why this movie should be seen. Director Ava DuVernay brings a new meaning to traveling through space and dimensions which makes the movie a must-see.

The premise of the movie is well known for those who have read the book by Madeline L’Engle on which the movie is based. When Dr. Alex Murry is in college he strongly believes that one can simply travel through dimensions by one simple thing, the mind. Meg Murry and Charles Wallace Murry are bullied at school because everyone knows about their father’s ridiculous theories. When her father goes missing, there is nothing more Meg wants besides her father back. And the only way to find him is by the power of the three Mrs., who are creatures from different dimensions and also friends of Dr. Murry. Even though they are complete strangers to Meg they are the only ones who help her find her dad.

The characters go through struggles by losing their father, but they keep believing and use the power of love and hope to look for him. Although the movie does not have many flaws, the filmmakers fail to create an element of surprise. The writers hand us the ending instead of allowing the audience to wait for it. But given the outline of the story, it is easy to guess what will happen at the end since the plot is not suspenseful.

The casting of Winfrey attracts many in the audience. Her loud and persuasive voice gives her the lead role as one of the Mrs. and is what makes her so powerful. On the other hand, Storm Reid has a very quiet, yet demanding voice that helps her push through and go looking for her father.

The cast, the scenes and the costumes brings the whole movie together. The director of A Wrinkle In Time, Ava DuVernay, creates a movie that not only children can watch but adults too. The best part about the movie is that it brings together science fiction and fantasy. And it shows that no matter how strongly you believe in something, never give up . . . since that is what Meg’s dad does. As said by the author of A Wrinkle In Time, Madeline L’Engle, “Believing takes practice.”