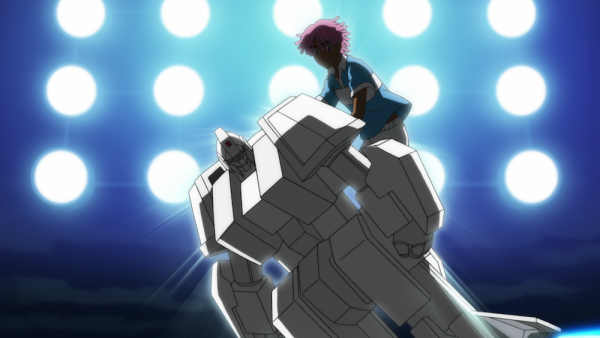 Used with permission from Collider.com

Amidst the uptick of Netflix-produced content, a short, almost entirely unmarketed series came to be, claiming to be “the greatest city on Earth,” or, simply, ‘that Jaden Smith anime.’

That was Neo Yokio, an American anime whose art style is so painfully 90’s I started preparing for Y2K all over again.

Clicking on the thumbnail, however, reveals a world that is better seen than described, taking the well-documented 1920’s feud between old money and the nouveau riche and adding robots, magic, fashion, and jumbo-sized Toblerones to the mix. It follows Kaz Kaan (as voiced by Jaden Smith) through his misadventures through Neo Yokio’s high society, which vary from exorcisms to a midnight-blue tuxedo.

This is not an anime to be taken seriously — in fact doing so will probably drive you nuts. There is no lesson to be learned, no character that seriously has the moral high ground or even any character development in the six episodes where it takes place. But the mindlessness, combined with the art style, is what makes this series so reminiscent of the anime I would watch as a kid, when all that mattered was cool, flashy stuff was happening on screen and that the protagonist had some kind of quirk you could remember them by.

That being said, the animation is often stiff and almost robotic, with faces rarely changing from a deadpan smile or frown.This is in contrast with the expressive movement that has come to be expected of Japanese-style animation.

The characters also suffer from complete mood reversals with little explanation, if they’re lucky enough to not exist for the sole purpose of creating a point with which to advance the questionable plot (looking at you Mila Malevich).

With no announcement of a second season, it’s hard to say whether these issues will be resolved or if the series will end there, leaving only a taste of something great that could have been so much more.