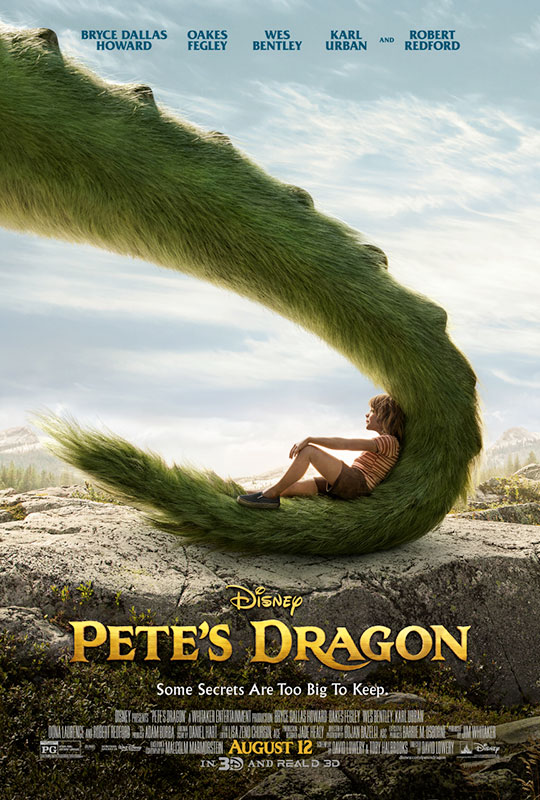 'Pete's Dragon' is a movie for smaller audiences, however it has a large impact on the heart.

Disney has done it again. They’ve managed to create another masterpiece adored by children, adults, and everyone in between, blending fantasy with fact and truth with tall tales. Despite having an underdeveloped, run-of-the-mill plot, Pete’s Dragon shows its strength in its message.

The remake of the original 1977 steps its game up with realistic animation and superb videography; however, the characters themselves could have used a little more depth. Gavin, played by Karl Urban, is a self-absorbed, selfish, immature character who only proves to show the inherent greed of many humans as he embodies most every horrible quality you could find in a person. Grace, played by Jessica Chastain, on the other hand, serves as one of the “heroes,” with her good intentions and motherly instinct; there is no mean bone in her body, as far as the story goes. Newcomer Oakes Fegley shines as Pete — his performance as the lost little boy living in the woods is surprisingly and refreshingly believable.

The production team did, thankfully, stay true to the time period of the late ’70s / early ’80s in terms of their soundtrack, set design and wardrobe, so that is one thing audiences won’t have to gripe about.

Pete’s Dragon, in its entirety, screams “human frailty.” It may be a children’s movie, but what it does best is show just how terrible humans are. They ruin many things, interfere where they shouldn’t be and are just plain selfish; they think they are doing something “good.” But they aren’t. And they must learn from their mistakes time after time.