‘The Night Manager’ premiere is a stellar, spellbinding display of suspense 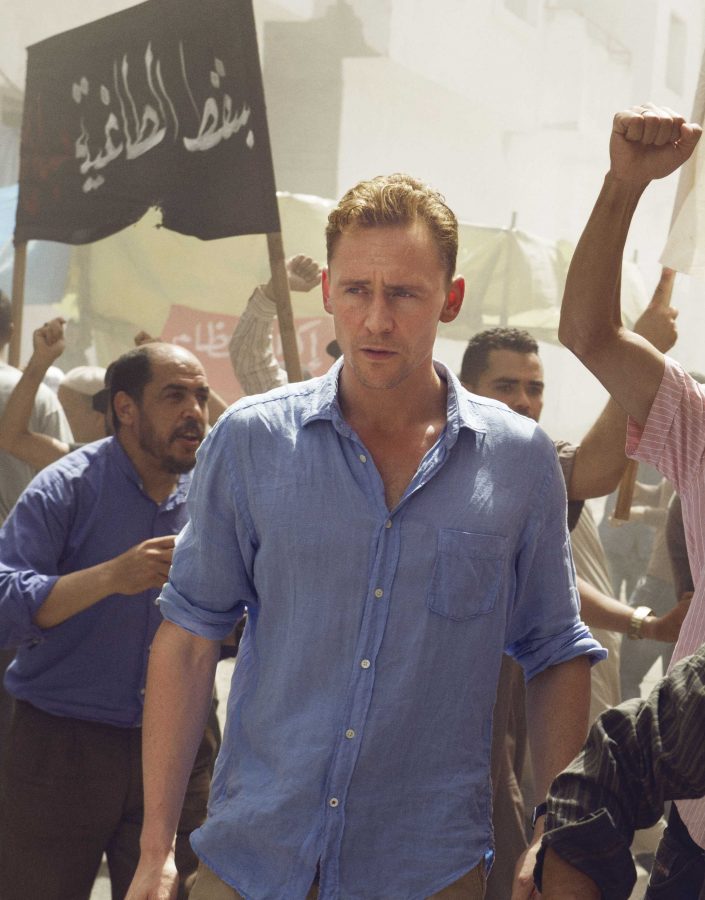 Tom Hiddleston is the hotel night manager who leads the suspenseful premiere of 'The Night Manager' on AMC.

The Middle East is by no means easy fodder for entertainment. So the very fact that the BBC-produced series  The Night Manager is even being broadcast in the US is quite a surprise. Adapted from the John le Carré (A Most Wanted Man, Tinker Tailor Soldier Spy) novel of the same name, the show is off to a strong start so far on AMC.

The brilliance and beauty of the leading man Tom Hiddleston is a strong propellor in the pilot. His incredibly intense and stonecold powerful performance is one of the best of dramatic television in a very long time.

Set during an uprising in Cairo, hotel night manager Jonathan Pine (Hiddleston) is approached by Sophie Alekan, an Egyptian woman who gives him papers proving her male guardian Hamid is engaging in arms trading. He gets caught in the middle of an intelligence operation between a British Enforcement Agency and this man, and he struggles to keep Sophie safe from Hamid, who suspects her of giving out these papers and beats her. After finding her dead in her hotel room, he moves to a Swiss hotel and begins working there.

The camerawork is very impressive, making us forget that there is even a camera and then reminding us again with brilliant movement and swift cuts and pans. The original music is award-worthy and contributes largely to the atmosphere of the series. The combination of sounds, colors and images creates a strange, incomprehensible balance of suspense and sorrow which is achieved rarely in any form of visual art let alone a miniseries.

The highly talented Olivia Colman also has a very involved and convincing performance as Angela Burr, the leader of the International Enforcement Agency of Britain, to whom Sophie’s documents are sent. The terrific Hugh Laurie also makes an appearance in the very beginning and very end of the episode, not really making a mark but definitely carrying a certain gravity which will expand in future episodes.

An all-star British cast and one of the most prominent page-to-screen writers of all time can only make for one hell of a show. One episode in, The Night Manager definitely shows promise. Like any good pilot, there is still much to be revealed to the audience. Hiddleston absolutely shines and the series has loads of potential to achieve the same success in the states as it had in the UK.