‘Hardcore Henry’ is the definition of balls to the wall 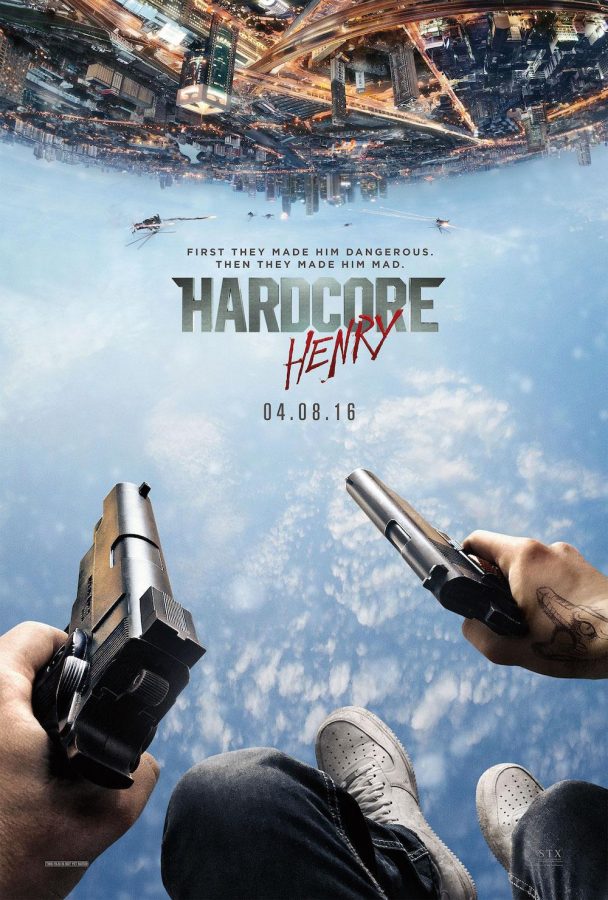 As the title would suggest, 'Hardcore Henry' is nothing short of an intense action movie shot entirely using first-person cinematography.

First-person cinematography isn’t anything new to film. Found-footage movies, while not technically first-person, emulate that sort of feeling as the camera operates in a way similarly to how a human head would when looking at something. However, as for actual movies filmed in a first-person perspective, there have definitely been scenes shot in this way, most recently in The Brothers Grimsby. Never has there been an entire movie however that was shot with this method, until now with the latest action extravaganza Hardcore Henry.

Violently arriving into theaters April 8, this insane bloodbath is filmed entirely from GoPro cameras that were strapped to the faces of fearless stuntmen, making it feel as if the audience themselves are along for the ride. The plot revolves around Henry, a mysterious human-like being who wakes up in a lab with his body pieces detached, revealing strange metal beneath his skin. At his side is a woman named Estelle (Haley Bennett), who claims to be his wife.

When the two are attacked and Estelle is kidnapped, Henry encounters a psychotic man named Jimmy (Sharlto Copley), who helps Henry pursue the man who took his wife, Akan (Danila Kozlovsky). From stabbing masked bad guys, shooting a bedazzled flamethrower man and destroying almost everyone in his way, Henry shoots his way to his alleged wife to hopefully rekindle their romance, with lots of stabbing, shooting and destruction.

This is undoubtedly one of the most violent films in recent years. The opening title sequence alone is aggressively graphic and lets the audience know the kind of film that’s about to begin, which is great because there are definitely people who just won’t be able to find any satisfaction in this. Those who have no stomach for relentless violence and think that they won’t like this movie because that’s all it seems like for the most part would be correct because that’s exactly what it is. However, those who think they’ll like it for the exact same reason are in luck because in that regard it delivers everything it promises.

The title doesn’t lie, for the action is most certainly hardcore. The cinematography is very in-your-face and hands-on, allowing the audience to fully witness every punch and kick delivered and received, as well as the other outrageous forms of combat. Surprisingly, the nonstop commotion doesn’t get as numbing as one would expect, with only a few moments of monotony here and there.

Copley is also worth a mention with his hilarious performance as Jimmy, a “man” who channels a multitude of different personas, from distinguished gentlemen to punk rockers. The District 9 and Elysium actor shows off his versatility as a performer as he seamlessly portrays each character he’s given, delivering one hilarious performance after another.

For what this movie is trying to be, it achieves its goal in spades. The action is there — and boy is it there — as it just never holds up from its opening scene to its last. Copley is magnificent and gives the film a dark comedic flair, as if the film wasn’t dark enough. Nevertheless, it’s a tremendously fun experience and is definitely worth a shot.