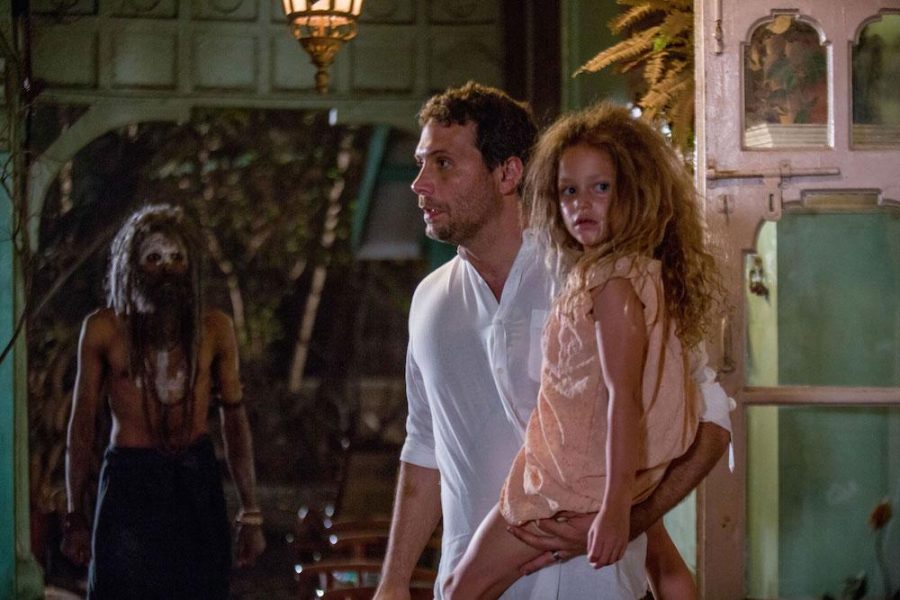 A weird Shaman guy stalks a family in The Other Side of the Door.

The horror genre is without a doubt the most tired genre in current cinema. With the exception of a couple of gems every now and then, almost every new horror movie follows an incredibly formulaic story, contains visuals/sequences taken directly from other movies in the genre and is, above all, painfully predictable. Some horror movies have one of these of qualities, others have multiple, and The Other Side of the Door definitely possesses each of these traits.

Having quietly been released in only 546 theaters nationwide by one of the largest film distributors on the market, 20th Century Fox, on March 4, the plot follows a married couple living in Mumbai, India who have just lost their son. Upon hearing about the tragic event, their housekeeper tells them about an abandoned temple that allows people to communicate with those who have passed to the afterlife, but cannot under any circumstances open the door of this temple or the spirits will be able to enter the real world.

The mother decides to go the temple and, shockingly, is stupid enough to open the door despite the housekeeper’s strict instructions not to. Now their son’s spirit has returned and is possessing people, haunting people, killing plants, killing birds and other demonic nonsense. Who even cares?

The predictability here is baffling, so much so that it transcends into pure hysteria. It’s so difficult not to laugh at the overabundance of cliches and lack of tension due to its ridiculous nature, and the terrible performances don’t help in any way. The direction is also highly muddled and uninspired, seemingly being done almost entirely handheld and lacking any sort of dynamic vision. The script itself is just abysmal, as it never clearly provides any sort of explanation as to why any of these supernatural events are happening. The movie seems to think that since it’s about ghosts and other things that are beyond reality, it doesn’t need to make any sense, which is certainly no excuse.

The one relatively decent aspect about this film is the housekeeper and the overall cultural influence, which hasn’t been seen in many modern horror movies and could’ve made for a unique film, but instead it divulges into the most by-the-numbers, generic piece of garbage one could imagine. There literally isn’t a single moment of suspense or surprise throughout this entire film because literally every aspect about it is something that has been seen in various other horror films that have come before it. Whether it’s the deformed lady with hair covering her face crawling on all fours (ala The Ring), the birds flying out of a hole with a jolt of music, the dog who can sense the ghostly apparitions or anything else, this movie has it. It also reuses the exact same jump scare throughout, which is again taken from so many other movies, where a character is facing in one direction and turns around only to be staring right into the hollow face of some ghoul with an unhinged jaw or black eyes or whatever it may be, which, in this film’s case, are these weird Shaman people.

Not a single thing here is even remotely original or fresh or exciting, making it yet another generically awful horror movie. Perhaps if one goes in expecting a comedy there will be a chance of satisfaction, because there are far more laughs to be had than there are any scares. But for those seeking a legitimately frightening experience, go check out The Witch while it’s still in theaters.