‘Empire of Storms’: A shock for fantasy book lovers 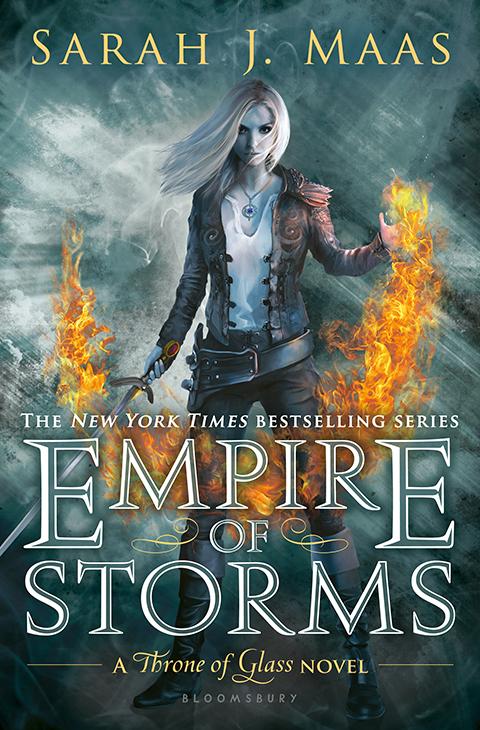 The cover and title alone of Empire of Storms, by Sarah J. Maas, are enough to pique anyone’s interest. This most highly-anticipated fifth installment of the New York Times bestselling Throne of Glass series surpassed my expectations with its beautifully crafted plot and the way Maas brings everything to life. If you are a mature reader who wants to enter something that is phenomenal and out of this world, then this book is for you.

The novel is set in a world that is not only populated by humans but also by faes, witches, gods, goddesses, demons, creatures . . . you name it. Brought up as an orphaned human assassin, Aelin Ashryver Galathynius travels the path with her royal court to reclaim her throne as the lost demi-fae queen of her lands and hopefully bring peace and recover the world she lives in.

However, none of her people are willing to acknowledge her as queen, believing that she has abandoned them all those years. And with an ancient demon king rising and a powerful immortal fae queen wanting to take over the continent, Aelin along with her court take risks and make sacrifices to fight two wars at the same time, and to also save her lands and prove herself as their rightful leader. Allegiances form, kingdoms collide, thousands of her kind fall, and it is Aelin who will be the only salvation.

To say that this book is good would be an understatement and an insult. The story itself is fast-paced, creating a roller coaster ride of emotions. I was laughing and then the next minute I was bawling my eyes out in the corner of the room. It was impossible for me to comprehend that it was not real because the book is just so incredible.

Maas focuses on other characters and not just her protagonist. She gives them backstories which helps give them life and depth, allowing her readers to fully know the characters and connect with them. Each character is deeply flawed and layered, and despite the fact that they are not of the human race, a reader can still empathize with each one.

The character arcs are also greatly developed throughout the novel, which I really thought was something that was vital to the story. For instance, Manon Blackbeak, leader of a coven, is raised to be be soulless and uncaring. But when the life of her cousin, who is also her second-in-command, is ordered for execution by their matron, Manon willingly rebels against their whole clan, ready to be stripped off of everything she has to save her cousin. And in the process, she discovers that she is not who she was raised to be and became her own person in charged of her own fate.

Maas is remarkable. She creates a new world of other beings and then expands that world with complexity and detail, and she manages to create this fictional world’s own history with little pieces of information and connect those to create something extraordinary.

The plot is superb. It’s action-packed, and half of the dialogue oozes sassiness and humor. The revelations are so jaw-dropping that I had to close the book for a moment and pace back and forth in my room. It’s also a 700-page book, so there is a lot to remember.

There are only two things that are not as impressive in this book. First, everyone is in a relationship, which, let’s be honest, is pretty unrealistic even for a book. Second,, the ending is also very similar, almost like a twin, to her other novel called A Court of Mist and Fury, which also happened to be a story that revolves around faes and other beings. Maybe Maas is planning for a crossover. Or maybe not? Who knows?

Nonetheless, this book is insane. It’s intense. It’s heart-breaking. It’s shocking. It’s joyful. Basically all the elements of a great book are contained within this work. Like with Maas’ previous works, it set the bar high up again, so it’s no wonder that the book series is being adapted for a TV series.